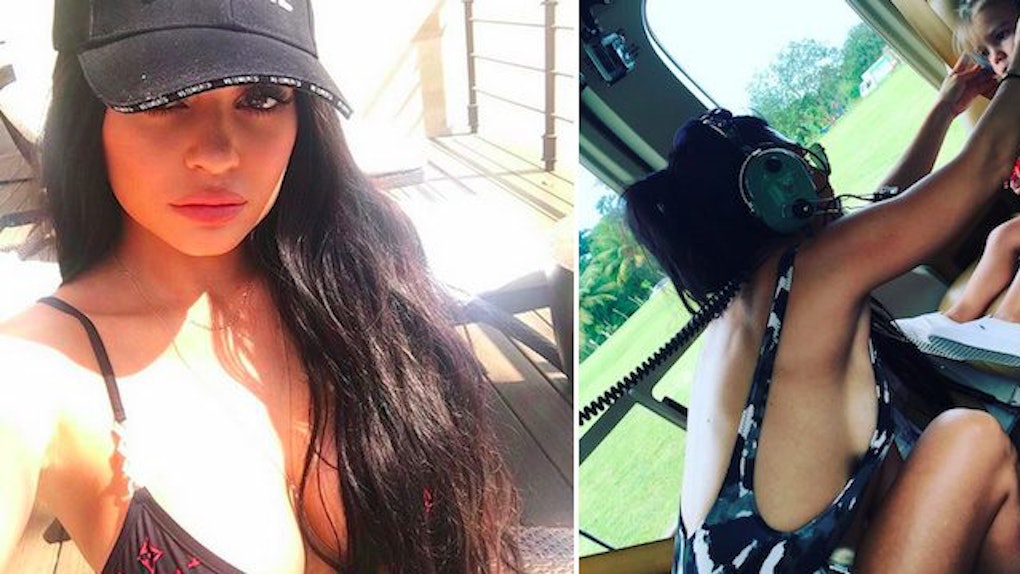 As much as you might like to think the rest of the world is operating on your seasonal calendar and wallowing in frigid winter chill, hiding under the blankets and suffering from winter bodies, leave it to the Kardashian/Jenner clan to remind you that is NOT the case.

Kylie Jenner and Kourtney Kardashian have taken to social media to post pictures from their latest vacation in Costa Rica, and boy are they doozies.

Sometimes I think, "Hey, you've been exposed to the beauty that is the Kardashian body for years now -- you'll get used to it pretty soon and one day not be blinded with awe and wonderment at their bodacious hips," but then Kylie posts stuff like this and you're like, "What even in the son of a Kris Jenner am I looking at?"

This was apparently due to Scott's excessive partying at the Sundance festival.

However, the winter blues didn't last, and Kourtney's Snapchat revealed Disick did join the group, displaying a photo of North and Scott with the caption "Uncle Scott."

Disick joined the whole gang consisting of his nephew and niece North and Saint, his own children, Mason, Penelope and Reign, of course matriarch Kris Jenner, her boo-boy Corey Gamble and sisters Khloé and Kylie, who was accompanied by boyfriend Tyga.

Phew. Sounds more like a headache than a vacation.

Sisters Kim and Khloé goof around with Snapchat filters, as the rest of the world turns up the heat, turns on their TVs and watches the drama unfold (and gorgeous bodies walk around.)