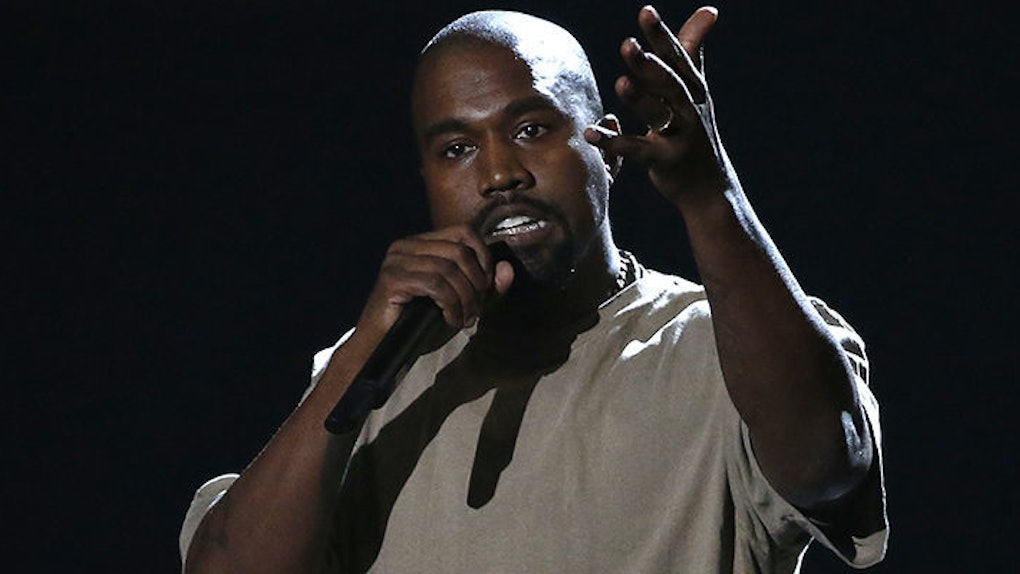 Kanye Says NYFW Heels Won't Break When You Buy Them

Perhaps the most entertaining thing about Kanye West's Yeezy Season 4 fashion show on Roosevelt Island (besides Sofia Richie's surprise appearance) was the part where models began falling down and breaking their shoes.

There was clearly something afoot with the footwear at West's Season 4 show because not only did a few models actually fall, but one of them, Amina Blue, even took her shoes off and blamed it on her sweaty feet.

A representative for Kanye West spoke to Women's Wear Daily about the faulty heels, saying,

As is the case with many fashion shows, the designs presented on the runway are often times still in the sample, prototype stage. We take quality control very seriously and will ensure that these models undergo further, rigorous trials before reaching the consumer.

You hear that ladies?! You don't have to worry about falling on your face when you fork over some SERIOUS CASH for your fresh new pair of Yeezy heels.

The faulty footwear was just the icing on the cake as far as bad press goes surrounding Kanye West's latest fashion show.

In addition to the problematic shoes, critics began pointing out other flaws in the Season 4 experience, including the fact that all of the models were dressed in winter clothing while standing outside in 80-degree weather.

Kim Kardashian didn't mind it, though.

As for Kanye, well, even he knew things didn't go so smoothly this time around.

The 39-year-old rapper took to Twitter to address the critics, tweeting,

It's our life's mission to create the most transformative experiences. Each and every one's time, insight and feelings are invaluable to us. We want to make people feel great. Thank you for embarking on this creative journey. With love and respect, Kanye West.

Fair enough, Yeezy. And thanks for the quality assurance. Now let's hope there are no more fallen soldiers on the runway.