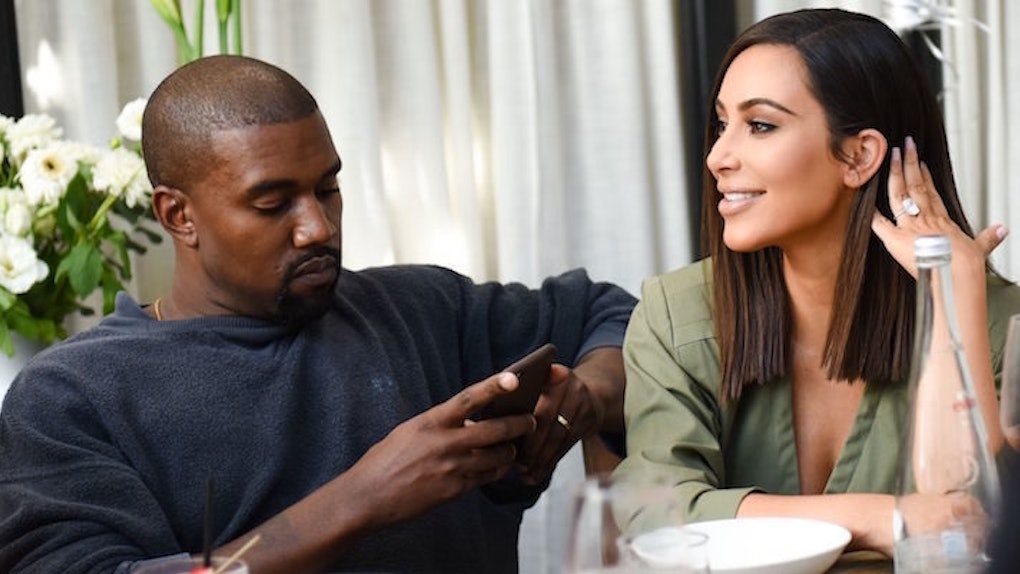 At some point, we've all felt like tossing our cell phones out the window and living like Amish people.

OK, maybe not full Amish, but cell phones can be soul-sucking, and maybe life would be a little simpler without them.

That's exactly what Kanye West is going through right now.

The "Famous" rapper decided it's time for a cell phone break so he can focus more on his work.

How do we know he's ditching his phone?

In pure Kanye fashion, he dramatically announced it to the world via tweet on Wednesday.

OK, my question to you Kanye, is did you tweet that from a computer?

The thing about technology these days is even if you don't have a phone, you can literally do all of the same things on an iPad, and most things on a computer -- except post stuff on Instagram. You can actually run Snapchat from your Mac, by the way.

Kanye, when you feel like your phone is clogging up your brain space, you should do what I do: disconnect email, delete Twitter and put that thing on airplane mode for most of the day.

Ditching your phone is plain irresponsible. You have not one, but two children. You need a cell phone!

But who knows? Maybe this technology detox will help Kanye come up with some epic new tracks, even though he has been dropping videos left and right this year.

What do you have up your sleeve, Kanye? Whatever it is, we honestly can't wait.