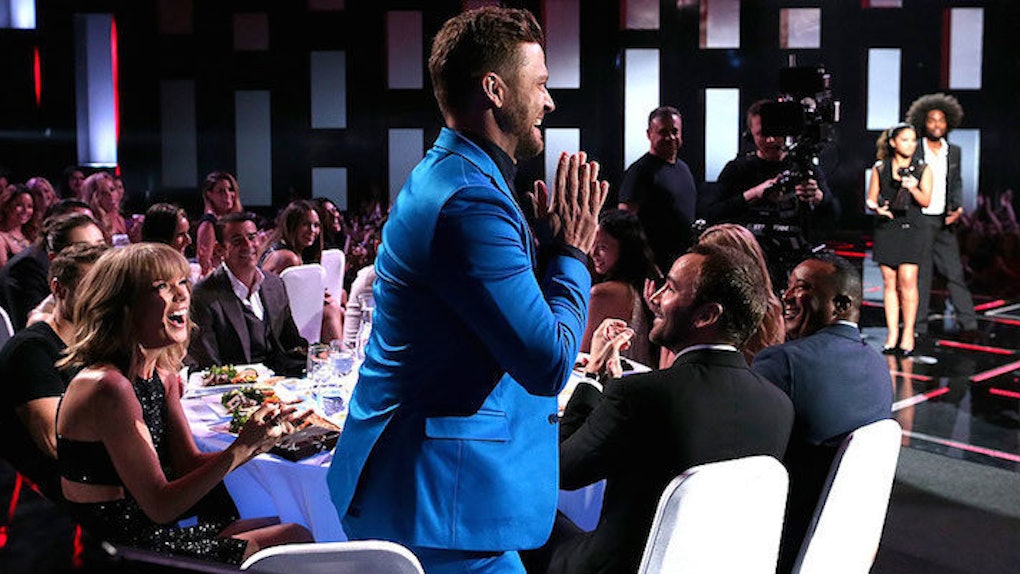 Taylor Swift just can't catch a break when it comes to accepting awards.

This time, however, Timberlake wasn't actually serious, and Taylor was in on the joke.

When Swift's name was called for the Best Lyrics award, Timberlake stood up and pretended to be overwhelmed by the honor. Taylor was freaking out in kind.

JT started to make his way toward the stage when he stopped and let Taylor have her moment in the sun. She then proceeded to give a heartfelt speech about her love for writing lyrics.

The situation was pretty adorable so you should probably check it out above.

And here's the hilarious freak out moment: