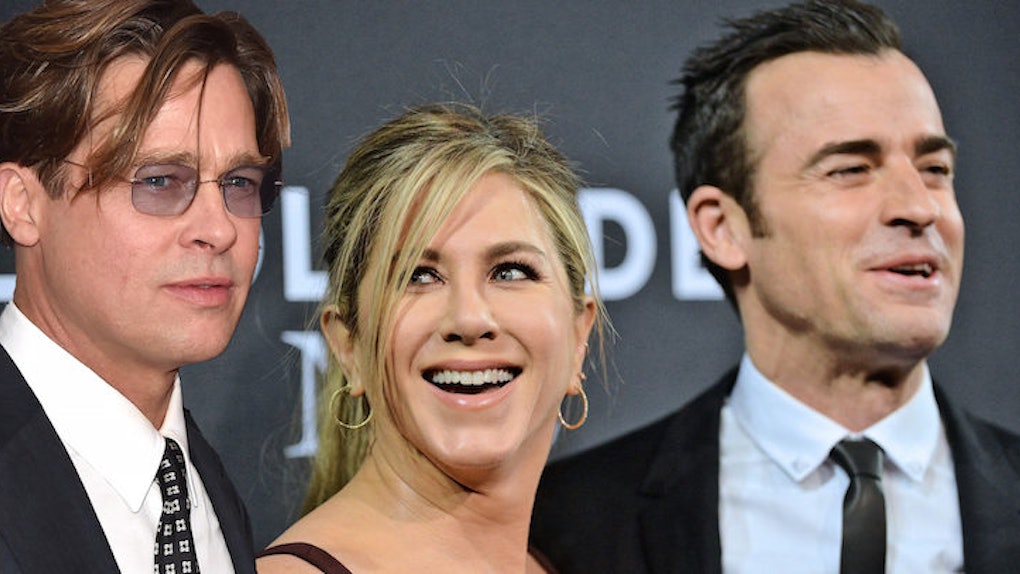 Sorry, Brad Pitt! Justin Theroux is throwing shade your way and I don't think you can handle it.

Jennifer Aniston's husband posted a picture on Instagram about his feelings toward the upcoming presidential election. At least, that's what he claims it's about.

However, fans were quick to spot the ~hidden message~ in Justin's post.

The 45-year-old actor shared a photo of artist Nick Flatt's graffiti design of a woman sticking her middle finger into her mouth.

Behind her is a collage of explicit statements like "fuck politics" and "fuck war."

In the caption of the post, Justin Theroux clarified he was not shading Brad Pitt EVEN THOUGH WE ALL KNOW HE 100 PERCENT WAS. He wrote,

YOU'RE NOT FOOLING ANYONE, JUSTIN. WE KNOW THE TRUTH. THESE INSTAGRAM USERS KNOW IT, TOO.

Things got a little messy between this love triangle after Angelina Jolie and Brad Pitt filed for divorce.

Jennifer Aniston was dragged into the drama because, you know, Brad left her for Angelina. So as soon as the rumors were confirmed, Twitter went wild with Aniston jokes.

Justin Theroux actually opened up about his wife being placed at the center of Brangelina's split. He told Business Insider,

There's an endless appetite for trash, apparently, though everyone would say that they don't have that appetite. But I think a lot of people do because people buy it. But there are bigger things to bitch about. It's shocking how much bandwidth things can take up when there are far more important things going on in the world.

OH SHIT. The man was not happy.

Just when we think the drama has FINALLY settled down, Justin throws a shady Instagram into the mix.

We see you, Justin. We see you.