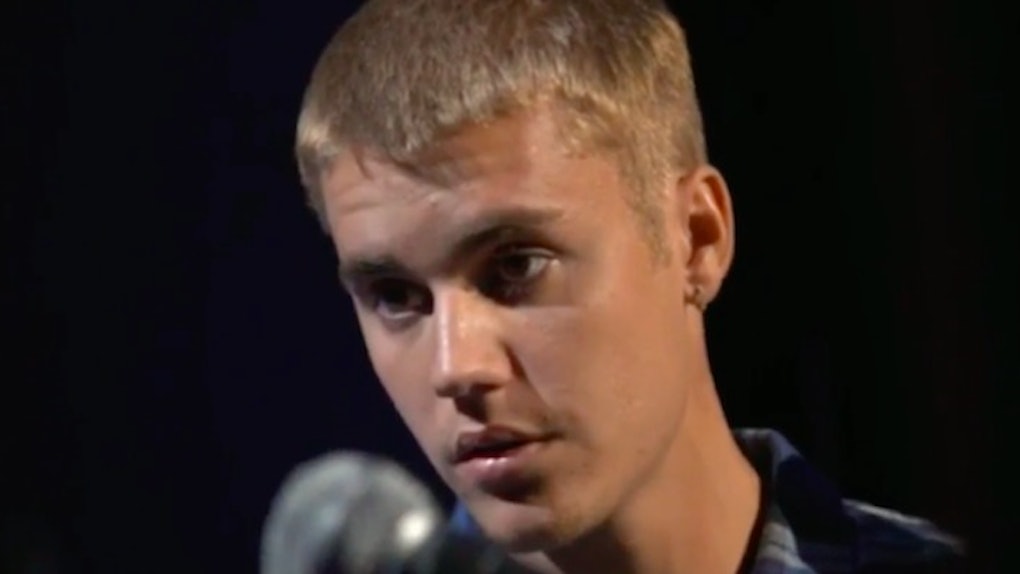 The 22-year-old singer's performance at BBC Radio 1's Live Lounge on Thursday made this pretty clear.

A couple of things went wrong for the Biebs. First, he forgot the words to his single with Major Lazer, "Cold Water."

Cause we all get lost sometimes, you know? What else can we do when we're feeling low?

Cause we all get lost sometimes, you know? It's how we learn and how we grow

After the performance, Justin took to Twitter to apologize for the mess-up, saying his nerves got the better of him.

Just last week Justin performed the song at V Festival hungover and forgot the words then, too. (Festival goers were NOT pleased.)

Still, this time at the BBC wasn't SO bad. Biebs played it off pretty well.  And I mean, hey, everyone makes mistakes, and he still sounded good.

But then Biebs did something a little less forgivable: He covered a Tupac song.

Using only a backup guitarist and his voice, Justin Bieber really went for his version of Tupac's "Thugz Mansion."

Unfortunately, Tupac fans weren't too happy to have Justin Bieber singing the words of the late, great icon.

Sorry Justin, it's just not your year, bruh!