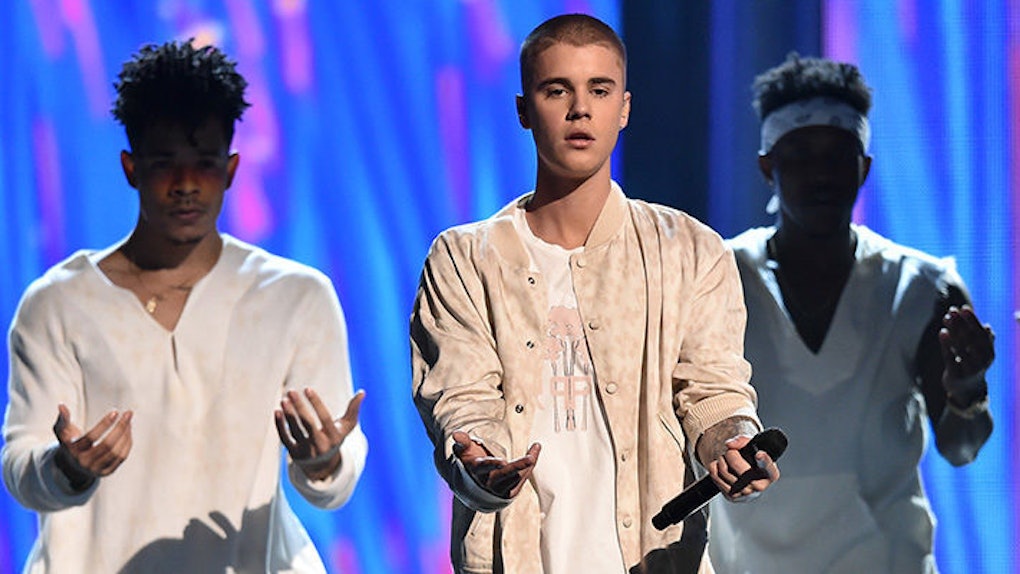 Justin Bieber's Fans Are Furious Over His Hungover, Lip-Synched Concert

Justin Bieber: Come on, man. We shell out good money to see you perform, and you repay us with LIES.

People on Twitter are accusing the 22-year-old of lip-synching and looking a bit hungover at V Festival in England.

And you DO NOT want to piss off the Brits. We like to get our money's worth and we like to complain. So Bieber created the perfect storm when he threw this cheap photo online to appease his fans:

Yeah, the only problem is it WASN'T real, was it, Bieber?!

Just imagine paying over £200 for a Vfest ticket to see Justin bieber only for him to lip sync the whole thing — Jack Stephens (@Jack_Stephens14) August 21, 2016

See? I told you British people REALLY don't like getting short-changed. Is this just some kind of sick joke to you, Beebs?

His awful turnout probably had something to do with the fact he was partying with Rihanna at Tape nightclub in London the night before.

According to the Daily Mail, he even told the crowd,

I'm a little hungover, I'm not gonna lie. You guys don't like to fake anything in the UK, which I respect.

It's too late to say sorry, Bieber.