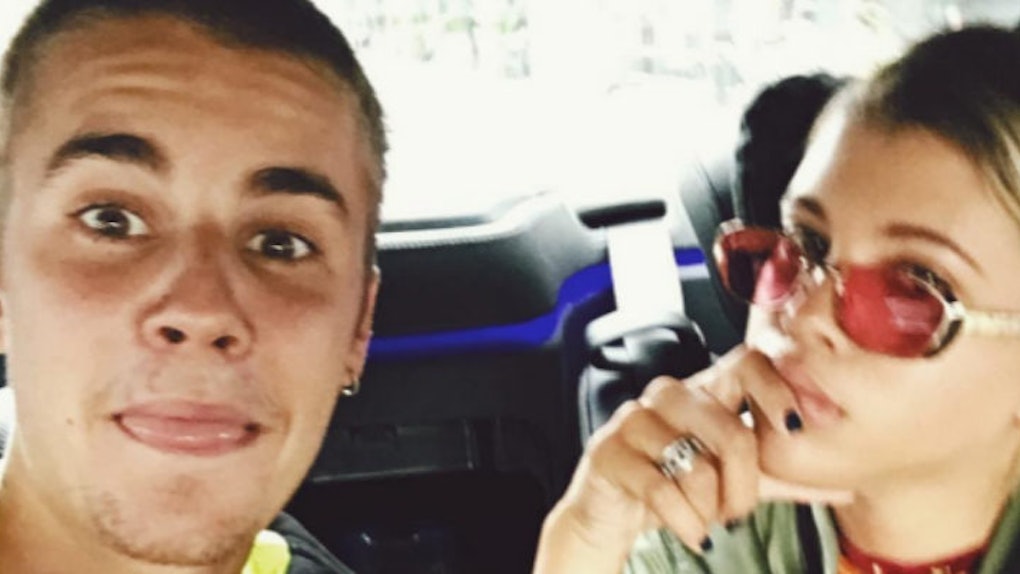 Justin Bieber may only be 22 years old, but it looks like his dating experience is making him a bit wiser when it comes to the art of seduction.

Imagine, if you will, a pop star blowing off a huge award ceremony of his peers, like the VMAs, to hang out with you on a boat? Be still my heart, I am hardly breathing. That is such a romantic move.

That's right, Bieber wasn't spotted at MTV VMAs at Madison Square Garden in New York City on Sunday because he was too busy wooing his new girlfriend, Sofia Richie.

The singer took Sofia Richie on a cruise in Los Cabos, Mexico on the day of the awards, probably to celebrate her 18th birthday, which she rang in on Wednesday, August 24.

The couple looked completely taken with each other as they enjoyed the ocean and cuddling on the yacht. They shared several kisses and inspired a comparison to Jack and Rose from "Titanic."

Bieber, along with Adele, Drake and Kanye West, was nominated for Video Of The Year. However, Adele took home the prize for "Hello."

He was also nominated for Best Pop Video, with Adele, Alessia Cara and Ariana Grande, but it was Beyoncé's "Formation" that took home the prize.

Despite the losses, he has this win:

(TBH, if I was in a category with Beyoncé this year I too would have ditched it to hang out with my girlfriend on a boat.)

Plus, Bieber isn't really a fan of those award shows. He posted on Instagram (RIP his 'Gram, BTW) a few months ago, saying,

No disrespect to anybody at any of the shows or the people running it. Nothing but love for you guys and your support. But I don't feel good when I'm there nor after. I try to think of it as a celebration but can't help feeling like people are rating and grading my performance.

We're not even mad Bieber ditched the show because he's DIVING INTO LOVE LIKE: