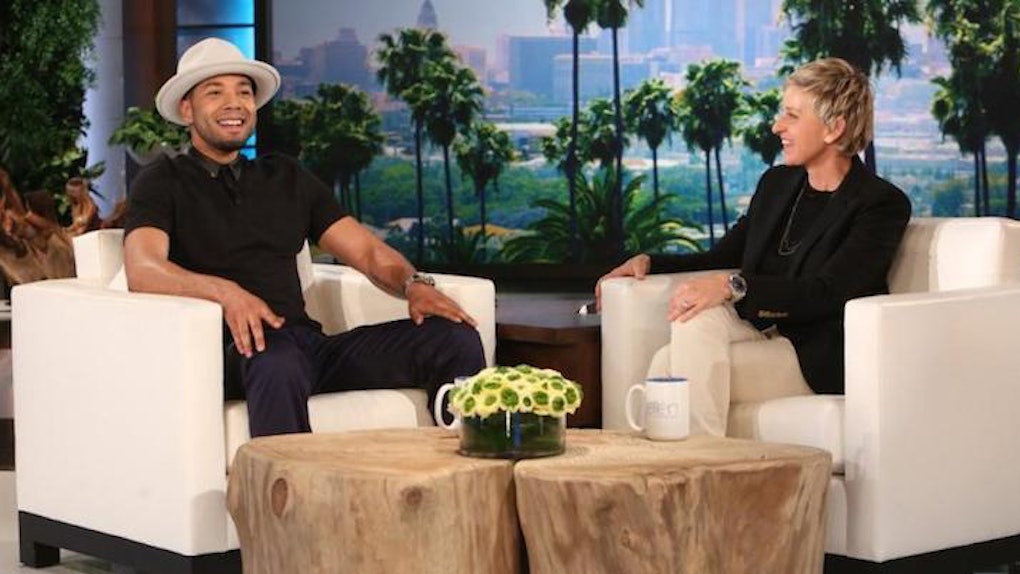 "Empire" is the hottest new show on television, and Jussie Smollett, one of the stars of the program, stopped by "The Ellen Degeneres Show" to talk about his newfound fame.

Smollett plays Jamal Lyon on the show, an openly gay singer. After Smollett's regular interview with Ellen, he stopped her backstage to follow up on the topic of his sexuality.

He didn't exactly come out and say it, but Smollett heavily alluded to the fact that he, like his character, is gay.

There's never been a closet. That I've been in. I don't own a closet, I got a dresser, but I don't have a closet, but I have a home and that is my responsibility to protect that home. So, that's why I choose not to talk about my personal life. But there is, without a doubt, no closet that I've ever been in, and I just wanted to make that clear, but it was most important for me to make that clear to you on your show at this time in the world. And that's where I'm at.

He then went on to joke by saying,

My mama knows, my mama likes me a lot, and yes, I take her to 'The Sound of Music' singalong every single year.

So, there you have it. You can see Smollett's chat with Ellen up above.