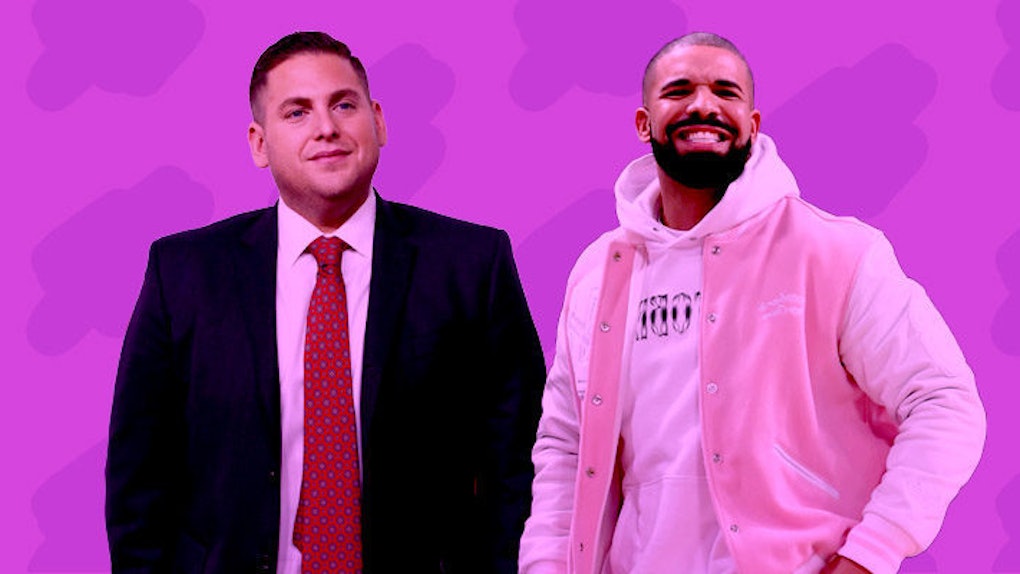 As far as accidental email stories go, this one about Jonah Hill and Drake is about as bizarre as it gets.

Recently, actor Jonah Hill joined the set of "The Tonight Show Starring Jimmy Fallon" and started telling a story about how he had to gain weight for a movie called "War Dogs."

Naturally, Hill wanted to lose the weight after filming the movie, which is why he hit up his pal Channing Tatum for some diet advice. According to Hill, Tatum confirmed the notion eating healthy and going to a personal trainer would probably help Hill get in better shape.

Hill told Jimmy Fallon Tatum recommended him to a nutritionist who had Hill write down everything he ate for the day and email it over for review.

Well, one day, Hill forgot to email his nutritionist and then quickly jotted some food items down and hit send. However, after not hearing back from the doctor right away, Hill got suspicious.

As you can hear him tell Fallon in the video above, Hill didn't send his daily food diary to the doctor. Instead, he accidentally sent it to Drake.

See, when Jonah was scrambling through his address book in his phone, he stopped on "Dr." for doctor, only he ended up emailing Drake instead.

No, Drake, whom Hill says he's only met once, didn't respond.