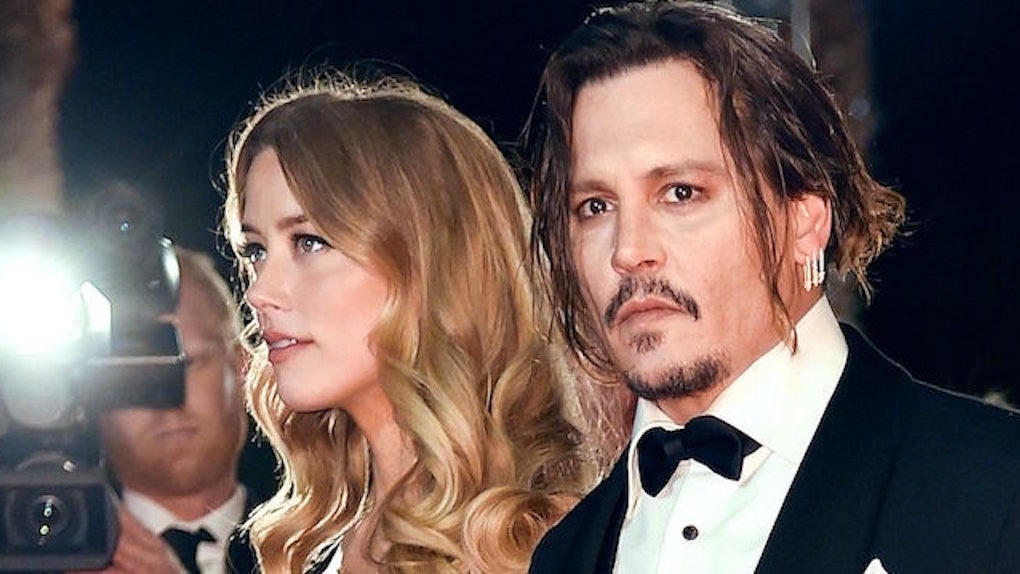 The divorce battle between Johnny Depp and Amber Heard is officially over.

According to the New York Daily News, the couple's signed judgment received a stamp from a Los Angeles judge, which finalized the divorce.

For fans who were rooting for the ex-couple's relationship of less than two years, this is likely a bittersweet moment.

However, it's become quite clear their bond had become toxic over the period of time they were married to each other.

With their divorce having now been finalized, this means Depp and Heard will experience their first weekend single since February 3, 2015.

During the finalization of the divorce, Judge Carl Moor denied Depp's request for $100,000 in sanctions against 30-year-old Amber Heard.

The Daily News report states both Depp and Heard's lawyers had been accusing each other of delaying the legal process. As a result, Judge Carl Moor admitted,

I just see this as a lot of bickering back and forth.

Judge Moor then went on to state there was not a sufficient amount of evidence present to "punish" the actress.

I don't think you've made a showing they've frustrated the law.

Eventually, the stamp needed to seal the deal was pressed against the judgment officially divorcing the couple.

It's wonderful. Our number one objective was to get her divorced.

Samantha Spector, Heard's other lawyer, reportedly labeled Depp's request for sanctions as "frivolous." However, with the recent finalization of the divorce, Heard and her party are "thrilled."

Our client can finally move on.

The recent court hearing was sparked by accusations from Heard's lawyers that Depp had been intentionally delaying the legal process after Heard signed the $7 million divorce judgment.

The judgment was based on the Deal Points Memorandum (DPM) the couple had mutually signed back in August of last year.

Johnny Depp had reportedly failed to make his first-ever payment of $200,000 to Heard in a timely manner.

Eventually, he made the payment directly to a charity organization. In addition to payment delays, Depp was "ditching other agreements to split up property," according to the report.

These moves prompted Heard's team to shift their focus from the existing judgment and instead work solely with the DPM as the primary controlling agreement.

Heard's lawyer Pierce O'Donnell told the court they were "frustrated" when it took Depp three weeks to sign the agreement Heard had already signed.

This was especially due to the fact Heard and her firm spent "well over $100,000" preparing the documents needed to execute the divorce.

While it's been made clear Depp and Heard's divorce battle was a tough, time-consuming experience for both parties, it's good to know they can now move on with their lives and find true happiness.

Now, comes the real question: Do people congratulate ex-couples on their divorces?!