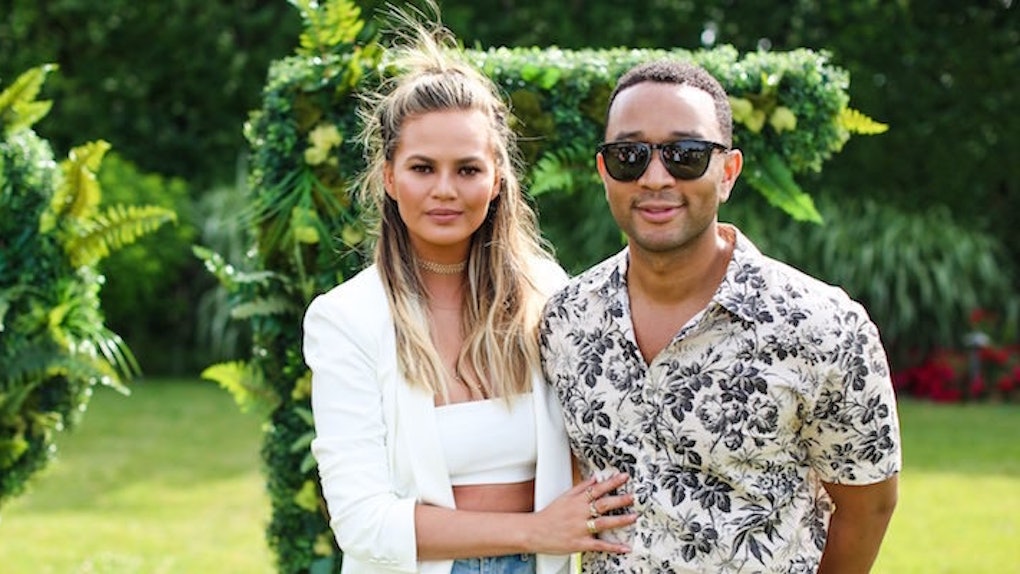 Holy balls, guys. You're about to get really effing jealous of what John Legend and Chrissy Teigen have together.

We all know John and Chrissy are pretty much the optimal Hollywood couple. They're gorgeous, have a DOPE EFFING BABY, without a doubt claim a stacked bank account and, most importantly, are clearly, like, the most fun to be around.

They just seem like that funny/relatable couple at the dinner party who you want to sit near and order the same thing as just so you can casually go, “Wait! Did you order the scampi also? OMG! Twins! Hi, I'm Ellen, and this is my husband Jonathan…”

IS THIS NOT THE MOST RELATABLE SERIES OF TWEETS?!?!

According to a recent interview he did, John was just like the rest of us when it came to first realizing he was in love with Chrissy.

The 37-year-old singer admitted what caught his eye about Mrs. Legend originally was actually her strong Twitter game, telling reporters,

I started falling in love with her over the phone because she is good with those 140 characters. She's soo good and she's soo clever. I started to see that right away with her. Like, 'Wow, she's really impressive.'

Once we started spending more time together between tour stops and all this other stuff, we realized we had such a connection -- and then it blossomed into a marriage and a baby.

Her texting game is supposedly just as strong as her Twitter game. Legend says,

This is great. I'm super jealous and it makes me feel like I will never find true love, but I'm happy for them.