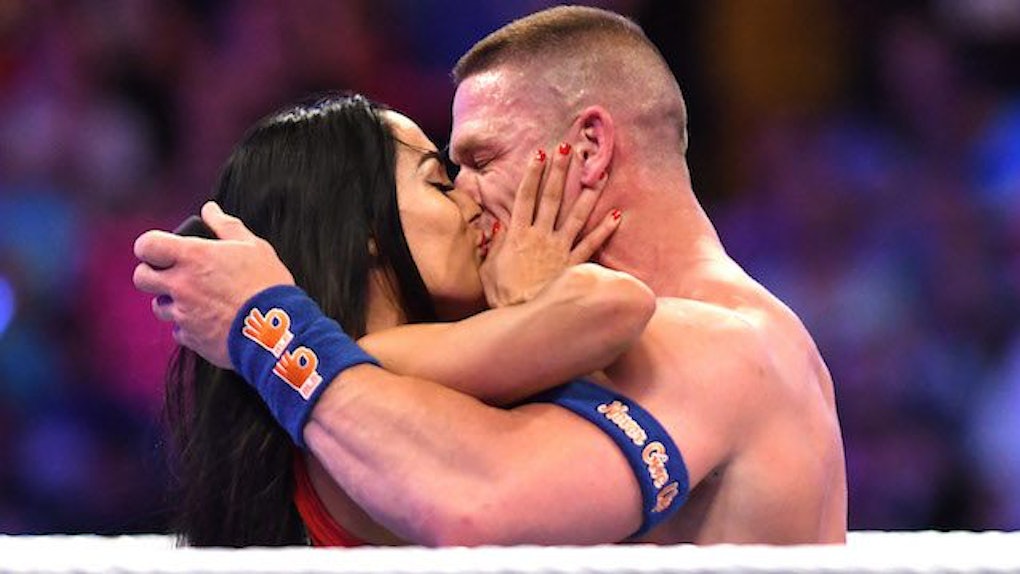 John Cena and Nikki Bella are engaged, world, and they don't care who knows it.

Just after defeating the Miz and his wife, Maryse, during Wrestlemania 33, John and Nikki decided to spend the rest of their days on Earth living, laughing and wearing shorts side by side.

Naturally, Reddit jumped on the picturesque moment for another round of -- you guessed it -- Photoshop Battles.

Thanks to a few talented Redditors, we all get to imagine what alternate realities this couple could be living.

The one where Nikki turned out to be a beautiful ham all along.

The one where John knows what to expect when you're expecting.

The one where dead men tell no tales.

The one with just the essentials.

The one where William Tell's ghost makes a cameo.

The one where they rest in peace.

The one with the potato salad.

The one where tradition ate a fat, nasty butt.

The one where they deserve a smoke break.

The one where everyone gets what they really want.

The pair's real-life love story is still the best yet, especially since John shared an adorable story on "Today" earlier this week, admitting he told Nikki he was going to marry her a year and a half ago when she was looped out on anesthesia for neck surgery.

He told the hosts,

When they put her under, I made sure to be the last person to wheel her to the OR, and right at the moment of no return I stopped the doctors and I leaned down, and I asked if she could hear me. She said 'Yes.' So I said, 'Well I have one question for you.' She said, 'What?' I said, 'You know, someday I'm gonna marry you.' And she said 'Yes.'

Shut up. John can walk around with eight bowls of potato salad as long as he keeps being this goddamn sweet.