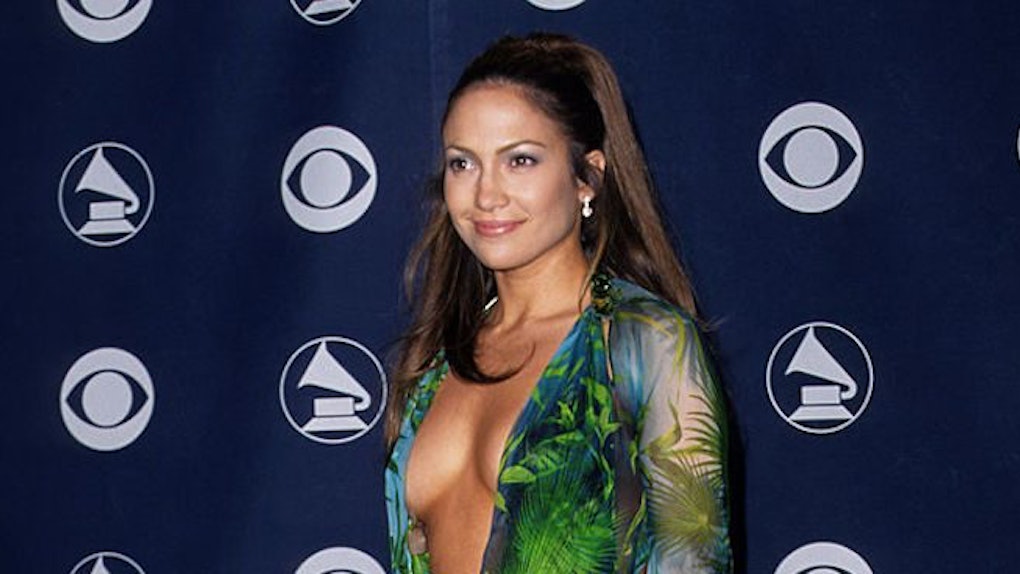 Jillian Rose Reed, aka Tamara on MTV's "Awkward," is being called out for essentially copying one of Jennifer Lopez's iconic red carpet looks at the MTV Movie & TV Awards.

The MTV actress strolled up to the red carpet dressed in a dress that's nearly identical to one of JLo's most memorable red carpet looks of all time: her 2000 Grammys look.

In case you didn't know, JLo's red carpet dress at the 2000 Grammys is literally — like, actually literally — the reason Google Images exists.

I'm not kidding. It even has its own Wikipedia page.

So many people wanted to see this dress, Google made a tool to allow people to do that. And now, here we are, at the MTV Movie & TV Awards seeing younger actors recreating the iconic look.

Most people on the internet think Reed is just nodding to JLo with her dress, but some think the Versace dress to end all Versace dresses shouldn't be messed with.

In my humble opinion, I think it's completely fine that Jillian Rose Reed decided to copy the dress. Honestly, yeah, it looks like Jennifer Lopez's dress, but it's not an exact copy. And imitation is the most sincerest form of flattery, am I right????

And look, literally no one can knock Jennifer Lopez off of this throne. JENNIFER LOPEZ IS THE SOLE REASON GOOGLE IMAGES EXISTS. Do you even KNOW what kind of money I would have and fucked up things I would do to have that level of fame?! A LOT OF MONEY AND A LOT OF THINGS.

Anyway, now that you know how fame-hungry I am, let's get back to the MTV Movie & TV Awards.

Earlier on the red carpet, Farrah Abraham turned heads for her Bollywood-inspired outfit. The internet is calling the "Teen Mom" star out for cultural appropriation, and that's fair, seeing as that's literally what she was doing.

Farrah doesn't even care, though. She told TooFab she doesn't care "at all" about the backlash. So, like, that's pretty shitty of her.

So let's not hate on Jillian Rose Reed for just giving a loving nod to JLo and her iconic Versace dress. Things have already been worse tonight.