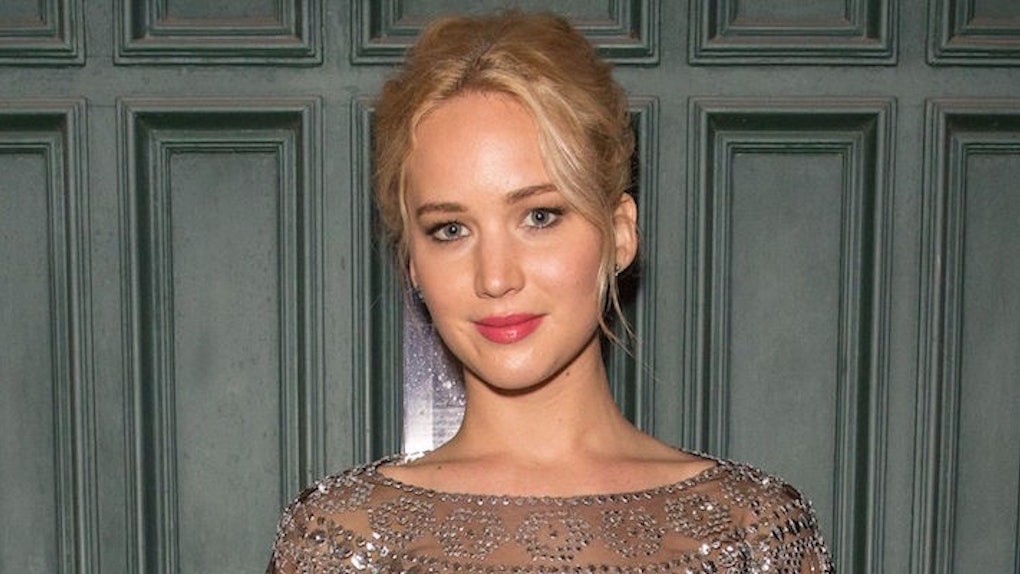 Jennifer Lawrence is more passionate than Jim Caviezel's Christ about acting, so you can trust her when she says Darren Aronofsky is a genius.

In an interview with Vanity Fair, the Academy Award winning actress told the magazine,

I love my job. I don't know what I would be without acting. So if there is someone who loves the same thing, it should bring us closer.

Though she didn't confirm whether or not she's officially dating her “Mother” director, Darren Aronofsky, following photos of the two kissing that surfaced online earlier this month, she insisted he is “a visionary.”

Ol' Dar has a history of giving film fans the stomach-churning, heartbreaking, character-driven films that leave us wondering whether we're all one wrong turn away from losing our minds entirely.

Movies like “Black Swan,” “Requiem for a Dream” and “Pi” showcased the talent of actors like Natalie Portman, Ellen Burstyn and Jared Leto, even earning Portman an Oscar for her efforts.

J Law's judgement of Darren's skills comes from her perspective not only as an actor, but as a prospective director.

The directing bug hit me two years after I got the acting bug. But in the same intense way, only I haven't been able to get better at it because I haven't had time to do it yet.

Close relationships with directors like Aronofsky and “American Hustle” director David O. Russell have provided Jen with stellar examples of creative leaders, should she decide to begin her career behind the camera any time soon.

Concerning her personal ties to Aronofsky, however, we can just keep speculating wildly. The 26-year-old is prioritizing her privacy over our thirsty asses' fascination with her love life.

You might think you know me, but when you approach me you're a total stranger to me and I'm scared… I get very protective of my space. It took me a long time to be able to do that... Privacy is a full-time job and I work very hard at it.