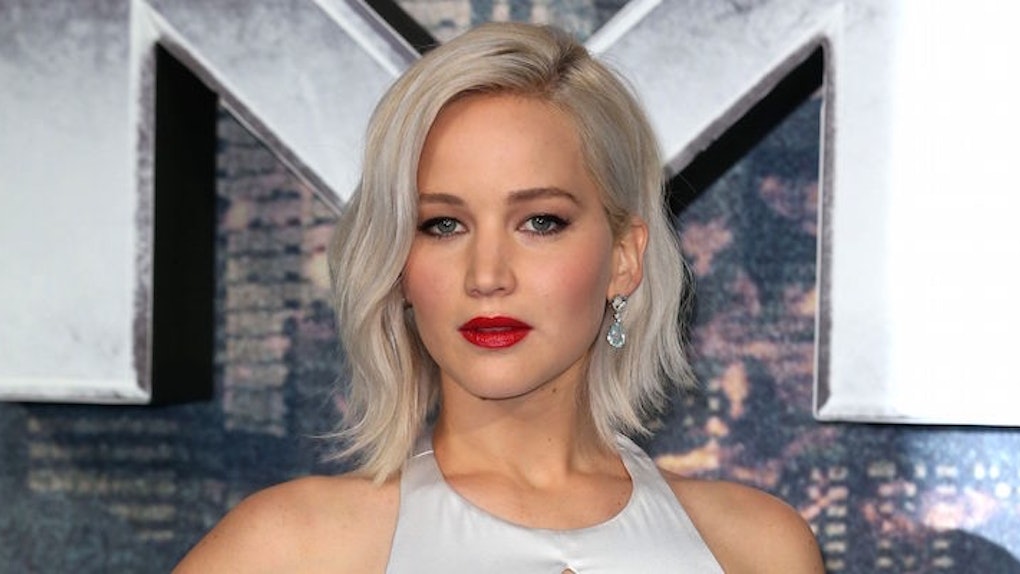 Jennifer Lawrence has been off the radar for a while now, and we finally know why.

It looks like the 26-year-old actress has been secretly falling in love with director Darren Aronofsky while MIA.

OH YEAH, YOU HEARD ME. Our girl J Law has a boytoy and is single no more.

A friend of Jen told PEOPLE,

They've been hanging out and are casually dating.

OH, OK. "Casually dating." That means dinner dates and movie nights and kisses by the fireplace. That means holding hands and baking brownies and cuddle sessions every night.

They are in love, I just decided.

Another source told The Sun,

Jennifer and Darren have tried to keep things low-key and under wraps but they are really into each other. Recently Jennifer was working on a grueling project and she relied on Darren for support and they were in constant contact. It seemed to show they were the real deal.

WTF? THEY'RE GETTING MARRIED AND HAVING BABIES? WHO SAID THAT?

So, J Law, I've got a couple of questions for you now that you're a married woman.

When did you meet?

Have you said "I love you"?

How often do you guys hang out?

Have you introduced him to the fam?

SORRY, someone cut me off.

Darren is most noted for directing the movies "Black Swan," "Requiem for a Dream" and "The Wrestler."

The two probably got close on the set of the new movie he's directing starring Jennifer Lawrence. CUTEEEEE. Couple goals. I want a director boyfriend.

J Law and Darren haven't confirmed the news, but Jennifer also doesn't use social media. Maybe if she got a Twitter, she'd let us all know about her hunkalicious man.

Congrats, you two! Can't wait to get drunk at your wedding.