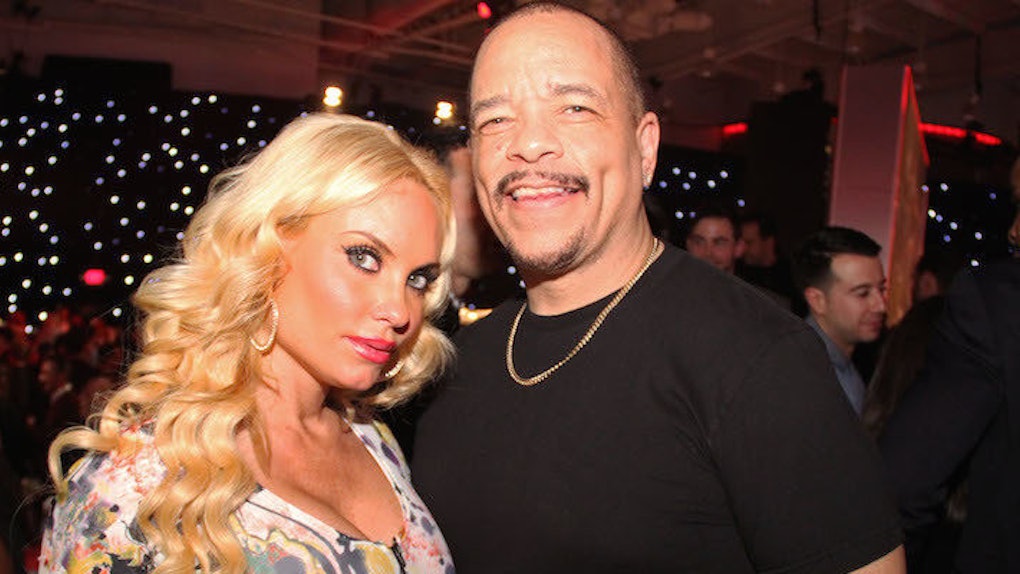 Ice-T And Coco's Post About Losing Their Dog Spartacus

Ice-T and Coco may be having a blast with their newest family member, baby Chanel, but the trio was forced to say goodbye to its first baby, bulldog Spartacus, on Sunday, November 27.

The rapper and “Law & Order: SVU” star broke the news to Twitter followers.

Coco also shared the sad update, calling Spart “one of a kind” and thanking fans for “the loving messages.”

On Monday, November 28, T continued to offer followers a glimpse into his friendship with Spartacus.

The 58-year-old isn't the only pal Spart left behind.

Spartacus is survived by his bestie, Maximus.

These dudes did everything together.

They refused to swim together.

They posed for Cocoshoots together.

They posed for more Cocoshoots together.

They essentially posed for infinite Cocoshoots.

In the same month the couple mourned Spartacus' death, they celebrated one year of life with little Chanel Nicole.

During a recent interview with E!, Coco said she wasn't planning on throwing her daughter a birthday party, but ultimately caved.

This whole year Ice was like 'Really the party's for the parents. It's not for the baby. The baby doesn't remember anything. She doesn't know what the F is going on in this world yet.' She's kind of alert, she's starting to get with it, so, I changed my mind last minute. I was like, 'Alright, you know what? I'm not gonna be one of those parents, like, 'Hey mom! What'd I do for my first birthday?' and I go 'Well you didn't do anything' ... I wasn't gonna be that one. So I was like, 'Alright, we're gonna do it in a big way.'

Coco ended up planning a party at Manhattan's Sugar Factory with "a whole bunch of friends and family."

It seems, even without Spartacus' adorable, wrinkly face to greet them every morning, the family has plenty to be thankful for this year.

Citations: Ice-T and Coco's Hearts Are "Hurting Tremendously" as They Mourn the Death of Their Bulldog Spartacus (E!), E!