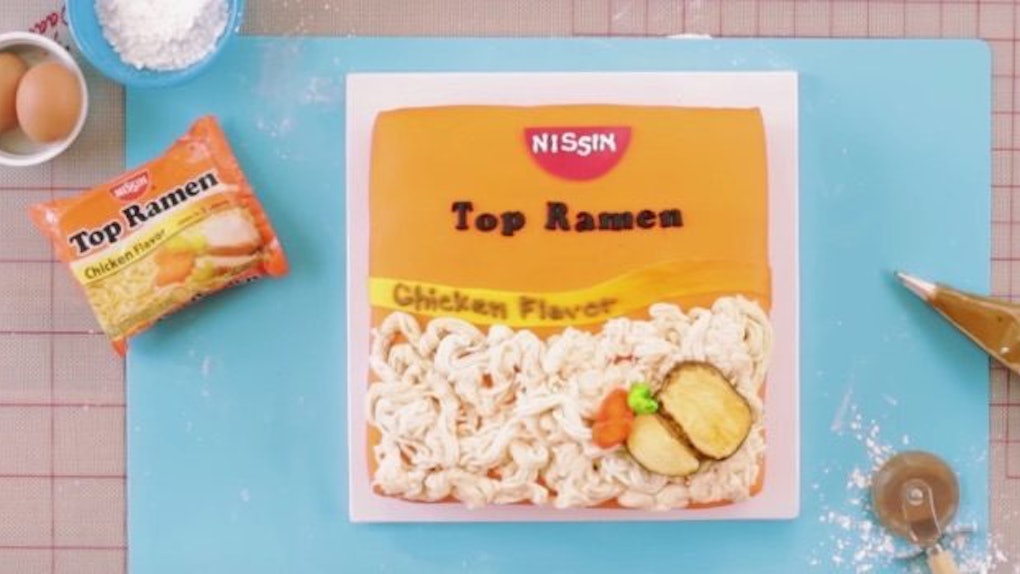 For her 19th birthday on August 10, the reality star Snapchatted a surprise birthday cake she received. It was identical to a bag of chicken flavored Top Ramen. She said,

This is the coolest thing I've ever seen. I need to know right now who made this for me.

It turns out two Kylie Jenner fans, and nieces of a Top Ramen marketing employee, made the cake.

Bella and Madison of Reseda, California bake for fun, but they could easily turn this into a money-making career.

Here's how they made it:

The recipe is pretty simple, but you have to have an artistic touch to turn two 10" x 10" white cakes, vanilla frosting and fondant into a spot on Ramen package.

To be fair, this recipe looks a lot more appetizing than I had originally thought. I thought they were just going to cover some uncooked ramen noodles with store bought frosting and sprinkle the flavor packet on top.

This is why I am not allowed in a kitchen.

...And also because of that horrible, horrible fire I started...