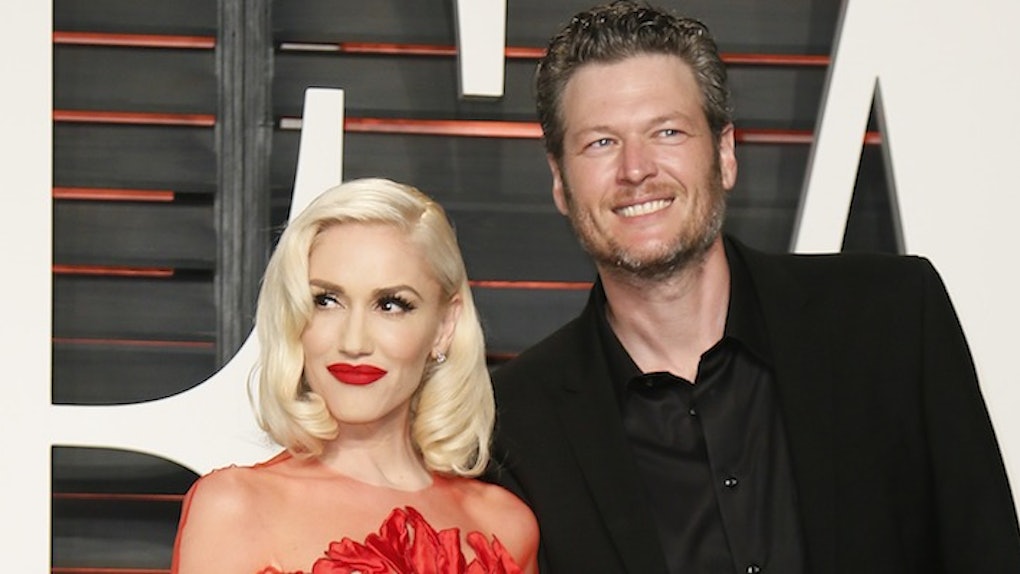 Gwen Stefani Got 'Tongue-Tied' Over Idea Of Marrying Blake

Last month, we learned that wedding bells are likely in the near future for Gwen Stefani and Blake Shelton.

Despite the fact that most people, including the couple themselves, are anticipating their wedding, there is no set date for when these two will tie the knot.

That's precisely why the 46-year-old singer didn't know what to say when she was put on the spot during an interview for "On Air with Ryan Seacrest" on September 9.

When asked if she would remarry, Stefani said,

I don't know! God, I don't know. Everything is going so quickly. I'm in the moment and um — Look at me! You got me tongue-tied.

She certainly was "tongue-tied," but in a good way!

An inside source close to the couple revealed that Gwen Stefani and 40-year-old Blake Shelton have hired wedding planner Jerri Woolworth even though they've been relatively quiet about the details.

The source told US Weekly,

If there is a wedding date, they haven't told their families yet. They talk about their future and growing old together, but there aren't specific plans like a dress or flowers.

So, we know it's happening -- we just don't know when or where!

Oh, come on, they have to know SOMETHING about their own wedding...

In a separate interview with another source, an insider revealed,

Gwen has said they both want something more low-key than their first weddings. It would likely be at Blake's ranch [in Oklahoma] or in the backyard. Gwen doesn't really care, she is just in love with Blake and their life together.

We'll just have to hang in and await the details, but something tells me it will be relatively soon. Gwen Stefani and Blake Shelton have been together for about a year now.

Rumors are swirling that the couple plans to extend their family, which currently consists of Gwen Stefani's three children, Kingston, Zuma and Apollo.

Tying the knot with Shelton would be Stefani's second marriage. She was last married to musician Gavin Rossdale for nearly 13 years.

As for Blake, he's been married twice before to Kaynette Williams and Miranda Lambert respectively.