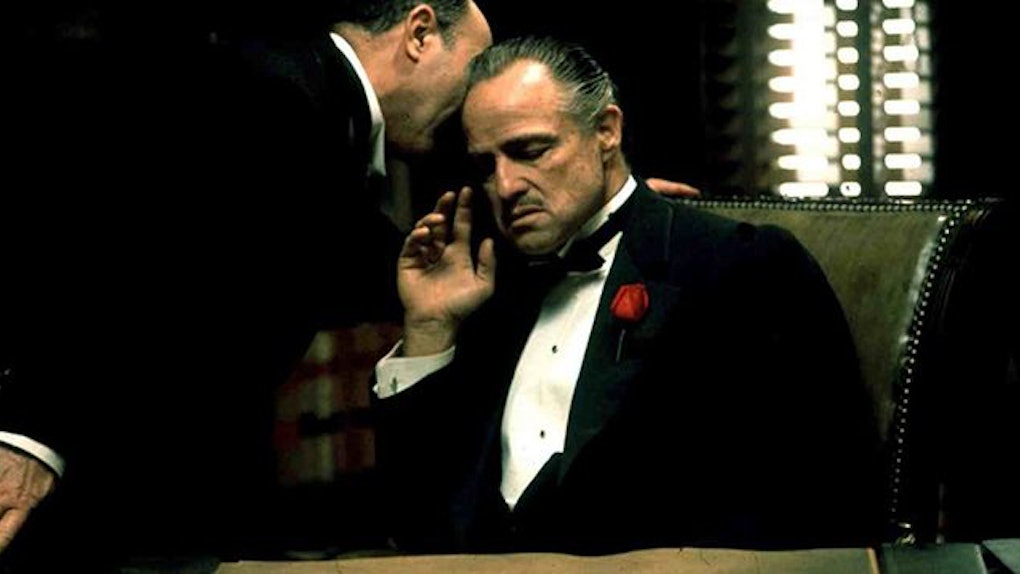 Since today marks the day "The Godfather" star Marlon Brando was born, I'll make you an offer you can't refuse.

Name just one of the deceased actor's famous lines.

I can already tell what you're thinking: "A man who doesn't spend time with his family can never be a real man," right?

Or how about that famous lesson Vito Corleone taught his son? "Keep your friends close, but your enemies closer."

Here's another one. Hold on to your seat, though: It's pretty heavy.

As we've heard throughout all our lives, no matter how old we are, that we are a country that stands for freedom – for rightness, for justice, for everyone – it simply doesn't apply to those who are not white.

When [Native Americans] laid down their arms, we murdered them. We lied to them. We cheated them out of their lands. We starved them into signing fraudulent agreements that we called treaties which we never kept.

No worries if you don't remember these lines. In fact, I wouldn't be surprised if you had no idea he said either of those two things.

But believe it or not, he did indeed: the former during a televised interview and the latter in a New York Times op-ed.

It's comments like these that make something about Brando's life worth pointing out.

On a day when people are mostly remembering his work as an actor, his positions on subjects such as race are worth remembering, too.

To put it simply, the words Brando spoke are the words a person who might today be considered "woke" would say. And this is back before "woke" was even a thing.

Over decades, Brando spoke about what he felt were flaws in Hollywood's depictions of different races. In 1973, he refused his Golden Globe trophy for Best Actor... for his role in "The Godfather," of course.

He was protesting US "imperialism and racism," according to Reuters.

When it was time to accept an Oscar for the same iconic movie role, he wasn't there.

He sent Sacheen Littlefeather in his place: an Apache Native American and president of the National Native American Affirmative Committee. And she shocked the crowd when she revealed Brando would refuse THAT award too... because of the "treatment of American Indians today by the film industry."

Brando's obituary in the New York Times pointed out he was a "champion for civil rights," as well as noted his support for the Black Panther Party.

However, that same obituary also noted he was the most vehement in speaking out about the treatment of Native Americans... which brings us back to that op-ed he wrote in 1973 for the same paper.

What kind of moral schizophrenia is it that allows us to shout at the top of our national voice for all the world to hear that we live up to our commitment, when every page of history and when all the thirsty, starving, humiliating days and nights of the last 100 years in the lives of the American Indian contradict that voice?

Those are the types of words worth remembering forever... if not the man himself.

In fact, there are definitely reasons why some might argue Brando shouldn't be portrayed in such a wonderful light. (His involvement in a controversial rape scene, for instance, comes to mind.)

Humans are flawed and complicated, and so, it's only right their legacies be the same. But what's not complicated is the simple and just idea that was promoted in that op-ed 44 years ago.

If we as a nation insist on boasting about our high standards of liberty, it's only right we hold ourselves accountable when those standards don't apply to everyone.

That accountability is more important in making – and keeping – our culture as great as we say it is than any movie could ever be.