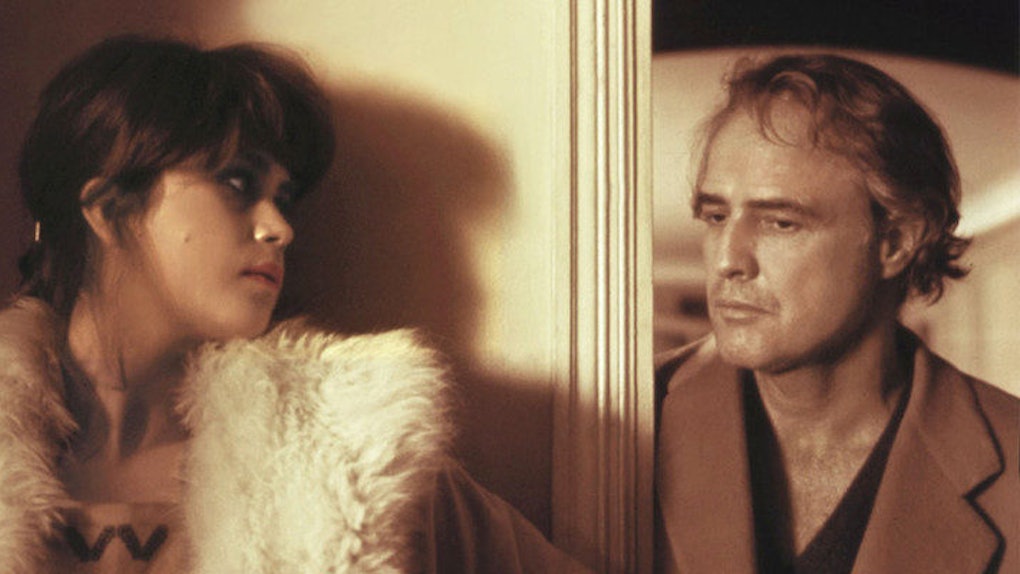 'Last Tango In Paris' Rape Scene Was Not Consenual

Warning: This article contains explicit content that may be triggering for some readers.

Another warning: This article contains some explicit language on my end because I'm fucking pissed.

Let's begin, shall we?

The 1972 film, "Last Tango In Paris," is an X-rated movie, directed by Bernardo Bertolucci, starring Marlon Brando and Maria Schneider. Brando was 48 at the time. Schneider was 19.

It got its X rating due to an infamous scene in which Brando rapes Schneider with a stick of butter. It's lauded as one of the most infamous rape scenes of all time.

But now it's been revealed Bertolucci and Brando planned a real assault, and filmed it without Schneider's consent.

Let me repeat this so you don't forget: Marlon Brando, one of the most acclaimed actors in Hollywood history, planned on raping a 19-year-old girl, and actually followed through on that plan, for the sake of "art."

And he planned it casually over breakfast with the film's director.

Please excuse me while I vomit all over every single Marlon Brando movie I own. Bye bye, "The Godfather" one and two! (I already threw away the third one, because obviously.) Bye bye, "Streetcar Named Desire!"

Adios, "On The Waterfront!"

In a 2013 interview, Bertolucci admits the scene was nonconsensual. He defended his disgusting choice by saying he "wanted her reaction as a girl, not as an actress."

He speaks about it as if he's remembering something trivial, like owing an old friend money. He's regretful, sure, but calm, and noticeably unmoved.

(Warning: This interview includes clips from the actual butter scene in the movie.)

We were having, with Marlon [Brando], breakfast on the floor of the flat where I was shooting. There was a baguette, there was butter and we looked at each other, and without saying anything, we knew what we wanted.

Oh, OK. Yeah. That makes sense. I mean, who doesn't think about this kind of stuff over breakfast?

I didn't want Maria to act her humiliation, her rage. I wanted Maria to feel, not to act, the rage and humiliation. Then she hated me for all of her life.

Hollywood is reacting to the resurface of the clip. However, Anna Kendrick expressed her rage in speaking out about this years ago and being met with "eye rolls."

In an interview with MailOnline before she died in 2011, Schneider said she "felt raped" by Brando and Bertolucci. Brando died in 2004.

When discussing Bertolucci as a director, she said to MailOnline:

I think Bertolucci is overrated and he never really made anything after 'Last Tango' that had the same impact. He was fat and sweaty and very manipulative, both of Marlon and myself, and would do certain things to get a reaction from me. Some mornings on set he would be very nice and say hello and on other days, he wouldn't say anything at all. I was too young to know better. Marlon later said that he felt manipulated, and he was Marlon Brando, so you can imagine how I felt.

Schneider notes neither Brando nor Bertolucci apologized or consoled her in away way following the scene.

Bertolucci upholds in the interview that he doesn't "regret" doing it. He only feels guilty about doing it.

And in this case, that's an extremely telling differentiation.

Elite Daily's “Recognize Rape” project looks at rape and sexual assault from a variety of perspectives in an effort to gain a better understanding of the violent act. The project includes stories from a spectrum of survivors as well as interviews with experts on a collection of specific issues.

The content of these articles are mature and can be triggering for some readers.