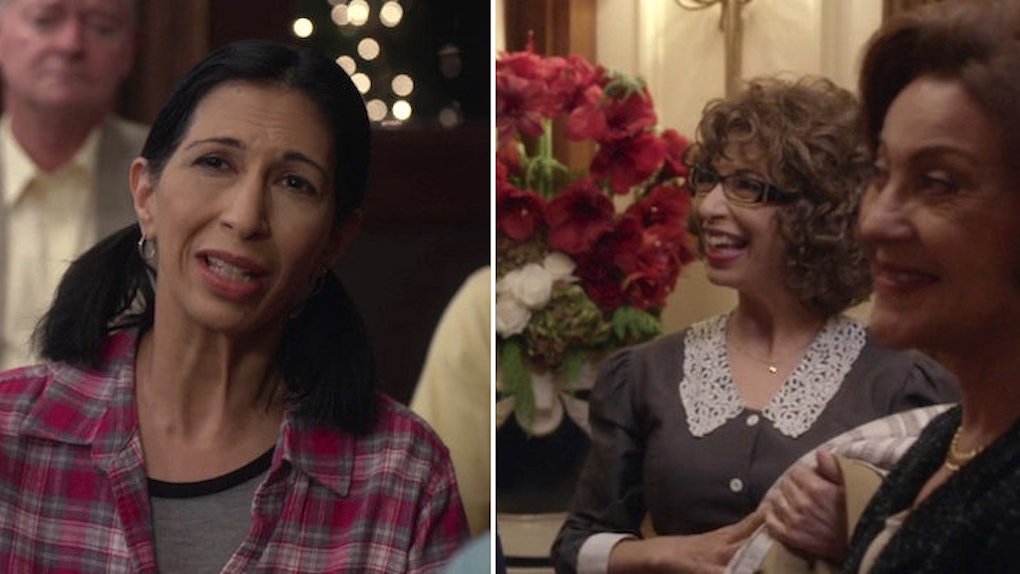 Warning: Mild spoilers for "Gilmore Girls: A Year in the Life." Like, nothing about the last four words or anything! But other, smaller stuff. Mostly about Gypsy. Read at your own risk.

"Gilmore Girls" has always been all about nudge-nudge, wink-wink references, and "A Year in the Life" lived up to that enthusiastically.

In fact, there were so many references and Easter eggs in this revival, I'm pretty sure I missed more than half of them.

This also might have something to do with the fact that I watched all six hours of the revival in one sitting.

I'm going to use that as my excuse for missing this seemingly obvious one: Gypsy the mechanic and Berta the Gilmore maid are the same person.

Well, both characters are played by the same actor, anyhow: Rose Abdoo.

It was first reported by TV Line and then confirmed by actress Lauren Graham, who explained the casting decision in a tweet.

In case you've forgotten already, or in case you like reading articles about things you have not yet watched, Berta is Emily Gilmore's new maid. Berta speaks a mysterious language no one can identify and invites her whole family to move into the Gilmore house.

(And, yes, it is fairly problematic that the entire joke is that Berta can't speak English. But this post is not about that, so I digress.)

Gypsy, of course, as most fans know, is the no-nonsense Stars Hollow mechanic, who Emily Gilmore actually once met in season two.

Seriously, how did I miss that?

At least I can take comfort in the fact that I'm not the only oblivious watcher of "Gilmore Girls: A Year in the Life."

Some of you out there on Twitter were struggling just as much.

It's good to know I'm not alone in my stupidity.

Citations: This “Gilmore Girls” Easter Egg Is Only For The True Fans (BuzzFeed), TV Line