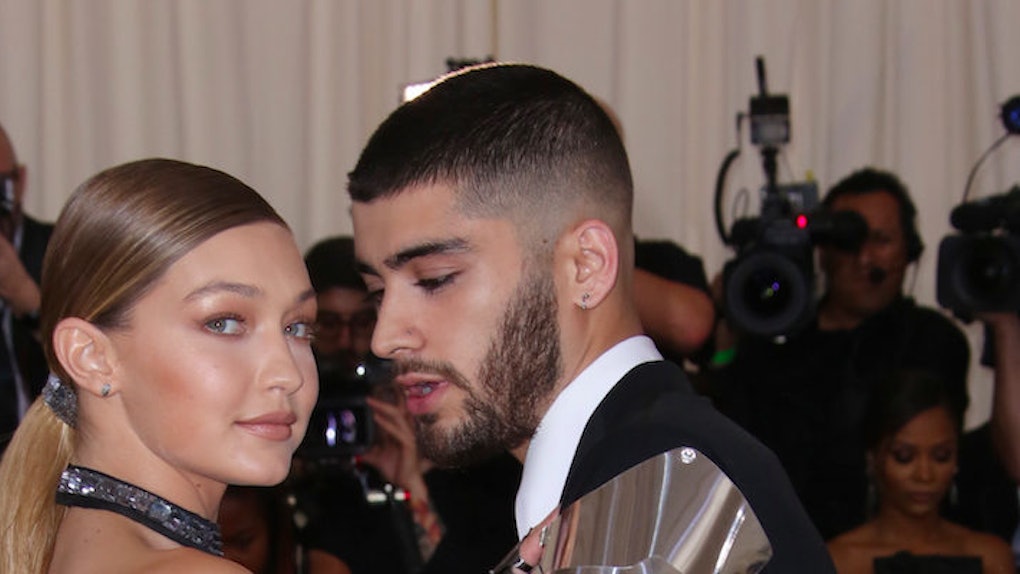 Be still my beating heart.

Gigi Hadid and Zayn Malik have something really special, and the proof is under 140 characters.

Before Gigi's NYFW fashion show with Tommy Hilfiger, boyfriend-of-the-year Zayn sent Gigi the most supportive tweet wishing her well before the event featuring her "TommyXGigi" line.

I mean, I hope Zayn called her too and didn't congratulate her only with a tweet. That'd be like just posting on your significant other's Facebook on their birthday and then doing nothing else.

Still, who doesn't like being called an "inspiration?" If someone called me an "inspiration," I'd probably marry them right then and there... even if it was over Twitter! We could FaceTime through the ceremony.

However, according to Gigi, T-Swift is now using at as fuel to write some breakup songs.

Something tells me one of the songs won't be titled "Up All Night To Get Loki."

But I wouldn't worry too much for Tay Tay. Taylor made her first big public appearance at Gigi's fashion show on Friday, and she was clearly beaming with support for her supermodel friend.

In other words? She's winning this breakup.

Perhaps she'll soon find that lucky someone who calls her "inspirational" and, you know, doesn't prematurely invite her to major awards shows.