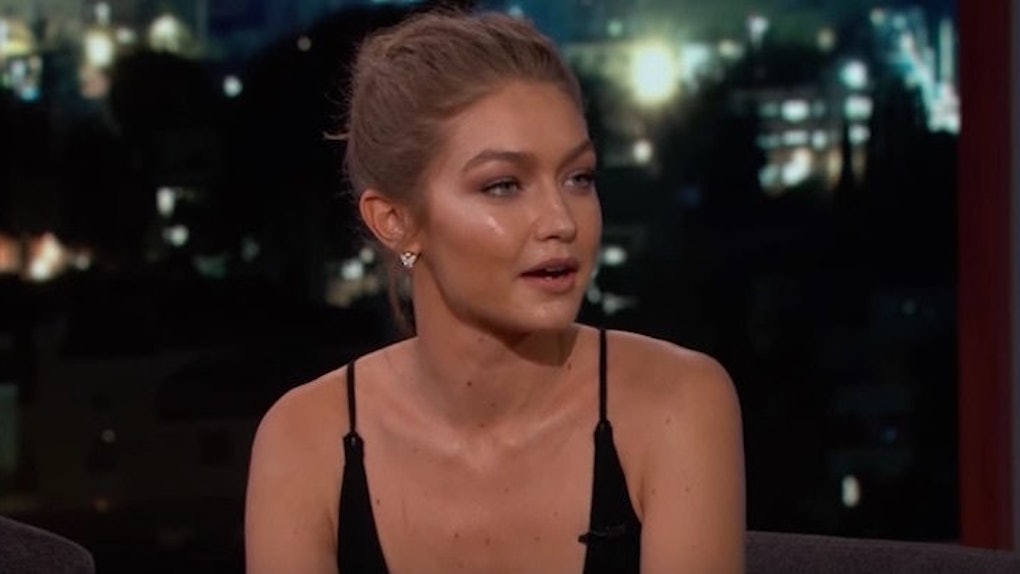 WTF, Gigi Hadid? I'mma need to have a word with you.

When One Direction split up, it was probably one of the saddest moments in American history... well, of course, minus this election. BUT I CAN'T EVEN TALK ABOUT THAT RIGHT NOW.

Harry Styles, Zayn Malik, Liam Payne, Louis Tomlinson and Niall Horan made the most beautiful music in the world for us.

Think about "Drag Me Down" and "Story of My Life." Picture the music videos for "Perfect" and "No Control."

For the softies out there, just dream about the lyrics to "Little Things" and "You & I."

One Direction may be over for good, but their story is alive and thriving in our hearts. Well, except for Gigi Hadid's.

She sat down with the host to talk about her boyfriend's music. After Zayn left 1D, he pursued his own solo career and had several successful tracks.

COOL, ZAYN, COOL. BUT NEVER FORGET WHERE YOU CAME FROM!

In the interview, Gigi pretty much said she was never a big fan of One Direction. She told Jimmy,

I grew up in a household that… my stepdad was a classical music producer – Andrea Bocelli, Josh Groban, so that was the music I was into.

ALL RIGHT, JUST WAIT FOR IT. Gigi continued by saying,

I think we can all name a One Direction song we love, but I love Zayn Malik solo a lot more.

YEAH, I went there.

Haha, but seriously, 1D is everything. Get out of my life.

PS. You can watch the full video above.