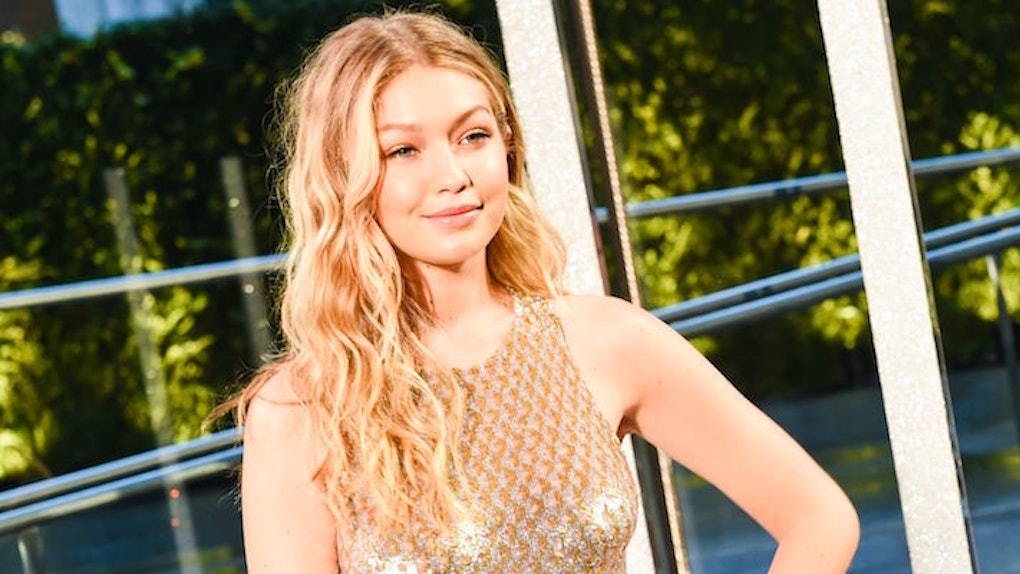 Gigi Hadid is everywhere at the moment, and that includes the cover of Allure magazine's December issue.

As part of the interview and photo shoot with Allure, the 21-year-old Victoria's Secret model wore a thong and nothing else while lying across the back of a horse for one very sexy photo.

Apparently, Hadid used to be a competitive horseback rider and is quite the lover of all things equestrian. So, in addition to being hot AF, I guess this photo also has a much deeper meaning for Gigi.

Yeah, I didn't know art could be so damn sexy.

Speaking with Allure, Hadid opened up about her love of horses, saying,

We were living in Aspen, and my first pony, Rocky Daddy, was a rescue from a farmer next door. The farmer was kind of old and couldn't take care of him, so my mom asked if we could, and that's the pony I started riding. Every morning, I'd feed him, and Mom would let me dress myself, so I'd put my rain boots on backward, which I thought was really funny. I never really had a great sense of style. I was wearing what I wanted to wear. I don't really know what my style is.

It's beyond ironic Gigi Hadid is pretty much synonymous with style at this point, but I guess that's the way the cookie crumbles, right?

In the same interview, Hadid also opened up about having such a successful social media following, saying,

I wish I had a strategy to [social media]. I could write a book and make millions. But I never feel like I'm working when I'm doing social media. I guess I succeeded at it because it came naturally.

For those wondering, yes, there's another picture of Gigi Hadid on the horse!

Gigi Hadid, you're the best, and I sincerely hope you never change. Suddenly, I think I want to take up horseback riding.

Citations: Gigi Hadid Naked: On Zayn, Fame and Lyme Disease (Allure), Gigi Hadid Wears a Thong (and Nothing Else) on a Horse, Looks Surprisingly Comfortable (PEOPLE)