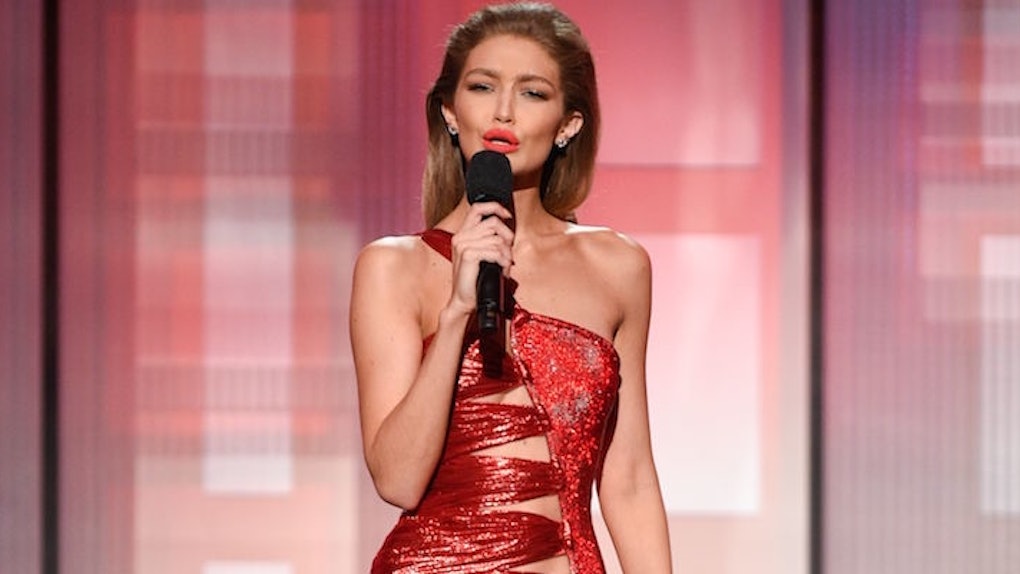 Gigi Hadid kicked off the American Music Awards on Sunday night with a Melania Trump impression that left the audience in hysterics.

But while many of us were laughing, Trump supporters were not.

Apparently, the 21-year-old model has been receiving some shade after mocking the soon-to-be first lady, and posted a handwritten public apology on Twitter Monday night.

However, it's pretty apparent she still doesn't give a fuck whether you liked her skit or not. We sense the sarcasm, Gigi, and we're loving every second of it.

Her note -- which is written in goddess-like script -- says,

I was honored to host the AMAs last night and to work with some of the most respected writers in the business. I removed or changed anything in the script that I felt took the joke too far, and whether or not you choose to see it, what remained was done in good humor and with no bad intent.

In other words, whether or not you choose to change your opinion about her Melania impression, she really doesn't care. Gigi isn't losing sleep over your anguish, so live with it.

I too have been the center of a nationally televised comedy skit that poked fun at my actions, and was able to find the humor in it. I believe Melania understands show business and the way shows are written and run. I apologize to anyone that I offended and have only the best wishes for our country.

Although her apology was sincere, it seems to me like she was just appeasing a crowd that took the Melania impression a little too seriously so she could avoid further criticism.

Still, I can't help but wonder what Melania thought after watching the model mock her on live television.

Hopefully, Gigi's right and she does understand it's just a harmless joke.

I think she'll find it funny, don't you?

Either way, I'll be patiently waiting for Trump to chime in and start a Twitter war against Gigi.

Grab your popcorn, y'all. This'll be a good one.