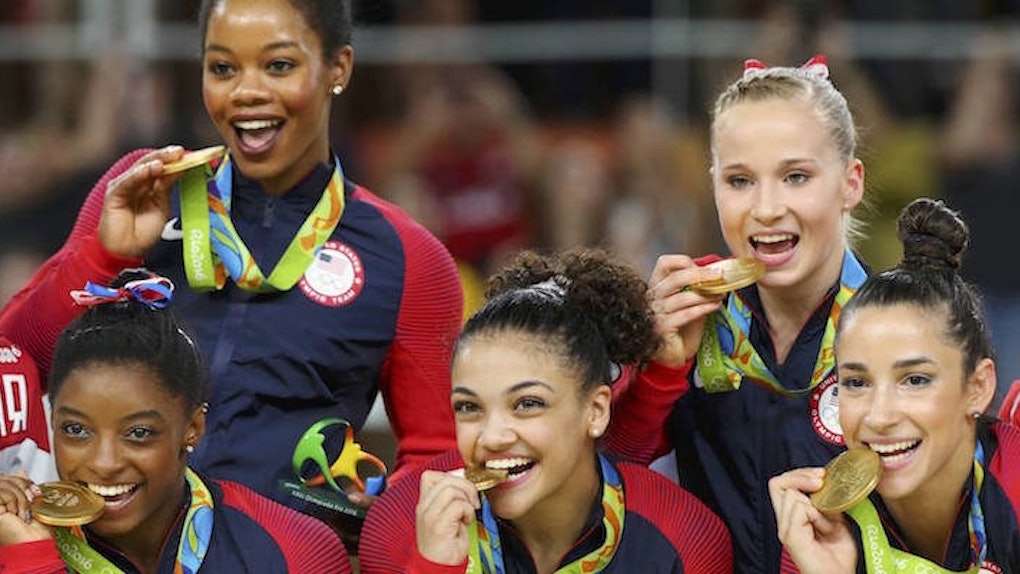 Last week, MTV invited the gymnasts to be presenters, as well as fellow Olympian Michael Phelps.

However, Gabby Douglas, 20, was recently admitted to the hospital for unknown reasons, PEOPLE reports.

The three-time Olympic gold medalist posted an Instagram on Sunday afternoon, alerting fans she was out of the hospital but would be missing the award show with the rest of her teammates.

The gymnasts haven't stopped since Rio. After their grand return to the US as gold medalists, the Final Five spent some time in New York City on a media tour before returning to their hometowns.

Next month, they'll head out on the Kellogg's Tour of Gymnastics Champions, making 36 stops around the country.

Gabby is also scheduled to judge the Miss America competition.

These women have been giving us all extreme squad goals all summer long, but it's just not the same when they aren't all together. Feel better soon, Gabby!