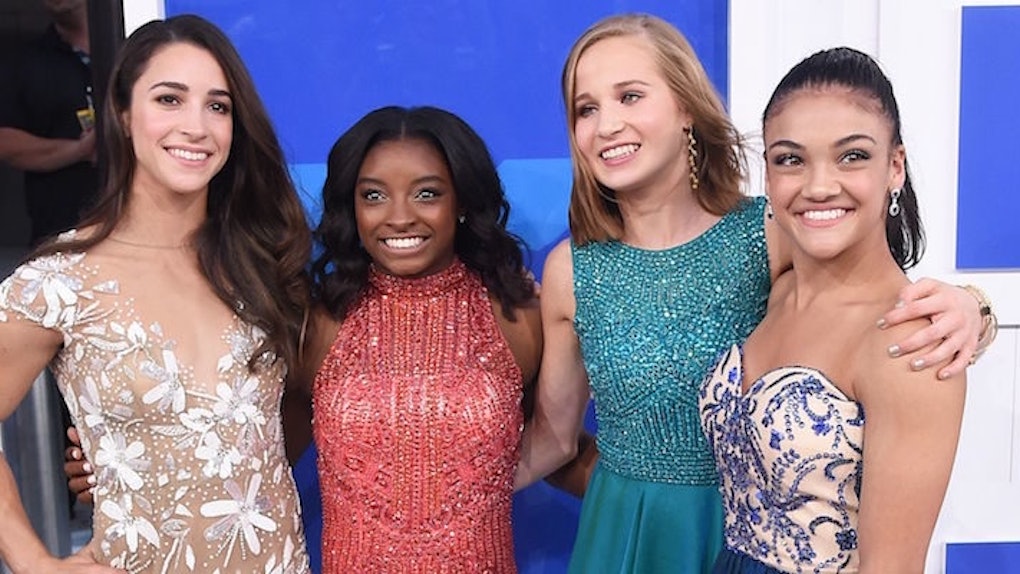 The Final Five did what any of us would do when they presented Beyoncé with a VMA on Sunday night: fangirled the eff out.

Simone Biles, Aly Raisman, Laurie Hernandez and Madison Kocian were live on stage at the MTV Video Music Awards and handed off Best Female Video to none other than Queen Bey herself.

In other words: THEY FREAKIN' MET FREAKIN' BEYONCÉ!

Sure they just won gold medals in gymnastics at the Summer Olympics in Rio, but c'mon: This is Beyoncé we're talking about.

So yeah, they freaked out and maybe giggled a little bit. Who can blame them?

The whole thing was incredibly cute, and honestly I'm just so happy for them and not at all jealous.

They were right to fangirl, too: Beyoncé absolutely killed her VMA performance.

If you meet Beyoncé after that kind of performance and you don't have that same look of reverence on your face that Laurie Hernandez had, you're just disrespectful.

Congratulations to Laurie and the rest of the Final Five for achieving all of my hopes and dreams. You guys giggle your hearts out.