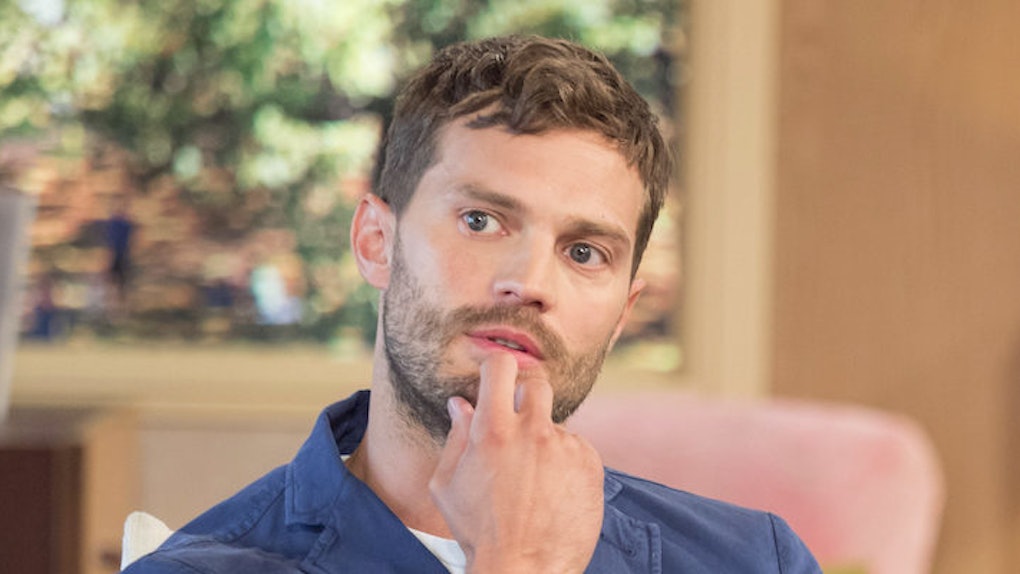 Jamie Dornan has been so busy doing naughty things with Dakota Johnson in the "Fifty Shades" franchise, we never got a chance to think to ourselves, "will Jamie ever use his safe word and get the hell out of this movie series?"

Well, it looks like three time's the charm when it comes to his visits to the Red Room of Pain, because although he's already in the next two movies, he recently said he would not do a fourth one.

In an interview with The Sun, Jamie said he wants to move away from the character and try new things (not in a sexual way, with like handcuffs or something), explaining,

We have done two movies back to back now, and I'm actually finished with it. I've done 'Fifty Shades...' forever.... I move on very fast in my mind. As much as from the outside people think you are synonymous with one character, but I'm very much like, 'Right, that's done' and move on to the next project and worry about that character.'

Mmm, going "back to back" seems like something Christian and Ana might do, but I'll try to keep it together.