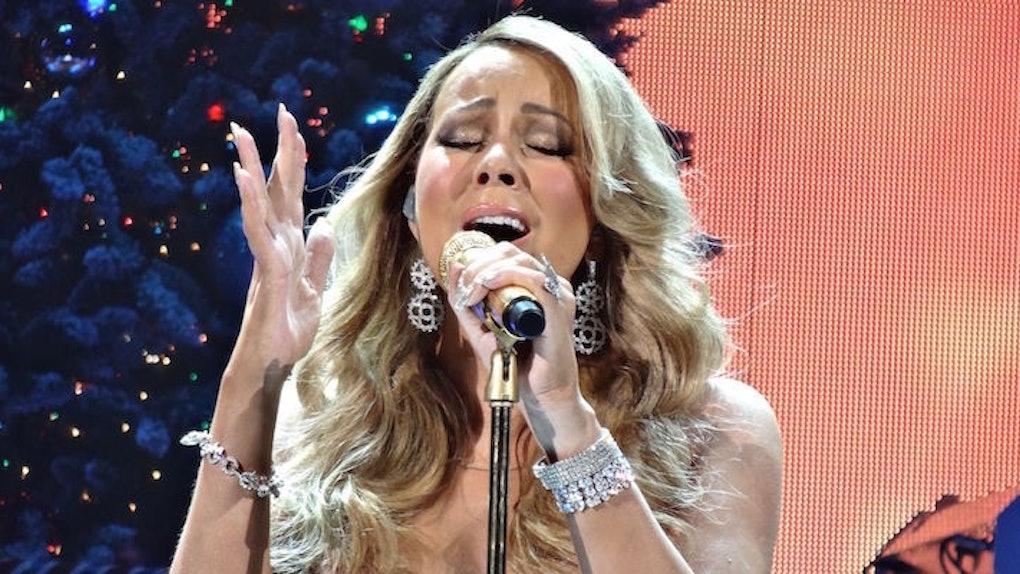 Everyone's Listening To 'All I Want For Christmas Is You'

Leave it to Reddit to remind us we have more to fear than merely the outcome of the worst presidential election in US history.

On Tuesday, Halloween was already getting smaller and smaller in our rearview mirrors, as were the number of miles to go on signs for Christmas. (This is an analogy in which America is a car that may or may not be fully engulfed in flames.)

By Wednesday, Redditor DD3566 had dug into the video statistics of Mariah Carey's seasonal hit “All I Want For Christmas Is You” on YouTube.

The user noticed the views for 2016 already beginning to climb, despite the fact we're less than a week into November.

Oh well, let's lean into it. The country is five to 10 years away from becoming Panem, and if celebrating Christmas too early takes our minds off the fact our children will one day have to kill each other for national sport, so be it.

Same, bigfacemedia, same. Until this election ends, there's Mariah and, as of 2014, an abysmal Fifth Harmony cover of "All I Want For Christmas Is You" that features a music video exposing one of the girl group's most sensitive secrets.

This isn't a laughing matter. Presents are a huge part of Christmas.

You have to unwrap it, first. That is not yet the form in which the gift is meant to be enjoyed. Hello.

That's not a real animal. It can't feel your pets. Just put it on the tree, already.

Listen, shit is grim. We can either concern ourselves with the utter disaster of a future barreling toward our country or spend what's left of 2016 finally helping Camila get into that box of socks.

'Tis the freaking season, or whatever.

Citations: This one chart shows the impending doom that is holiday music (Mashable)