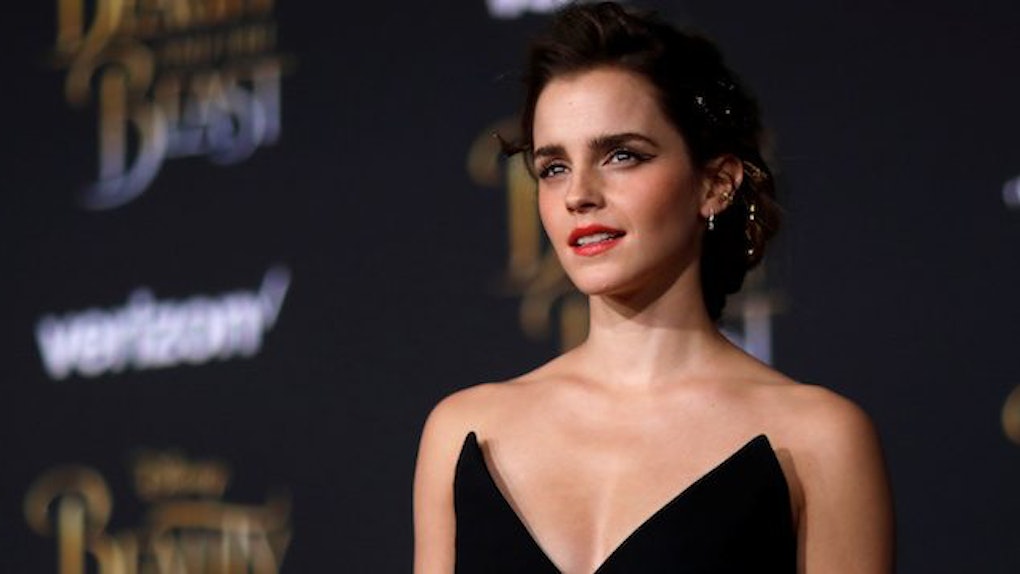 Emma Watson Talks Feminism In 'Beauty And The Beast'

We're just days away from the worldwide premiere of the live-action remake of "Beauty and the Beast," and the anticipation is palpable.

But, before you go into the theater on March 17 expecting to see just another Disney classic come to life, you need to read what Emma Watson, who plays Belle, had to say about the film's hidden feminist message.

The 26-year-old actress recently chatted with Mashable about how Belle's love of books is the foundation for the movie's hidden message about feminism and literacy.

[Books are] so powerful and they have the ability to change your life and your outlook, and this story really speaks to that, the sacred nature of books and their ability to transport you and empower you.

We still live in a world where there are probably over 80 million girls who won't get to go to school just because of their gender.

In one of the photos, Watson showed off some serious underboob, which didn't sit well with several supposed feminists on Twitter.

Cry me a river, Julia.

Emma Watson, being the badass feminist she is, sat down with Reuters to address the mass hysteria her photo shoot caused.

Speaking on the outrage, she said,

It just always reveals to me how many misconceptions and what a misunderstanding there is about what feminism is. Feminism is about giving women choice.

Feminism is not a stick with which to beat other women with. It's about freedom, it's about liberation, it's about equality. I really don't know what my tits have to do with it. It's very confusing. I'm confused. Most people are confused. No, I'm just always just quietly stunned.

Seriously, though, everyone needs to get a grip. Emma Watson can express herself however she damn well pleases.

Speaking on the Vanity Fair photo shoot, the 26-year-old added,

We'd been doing so many crazy things on that shoot but it felt incredibly artistic and I've been so creatively involved and engaged with [photographer Tim Walker] and I'm so thrilled about how interesting and beautiful the photographs were.

Don't forget to check out Watson in "Beauty and the Beast" on Friday, March 17!

Citations: Emma Watson on the feminist significance of Belle's love of reading (Mashable)