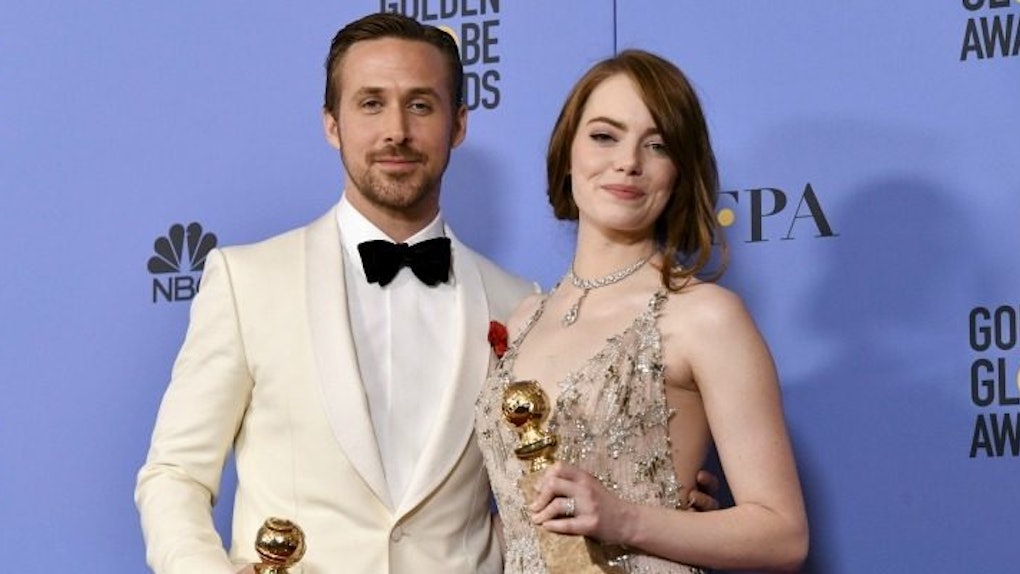 In fact, after taking home seven awards, the musical broke the record for the most Golden Globes won by a movie.

Naturally, much of the praise and attention, both at the Beverly Hilton Hotel in Los Angeles and on Twitter, focussed on the film's two stars, Emma Stone and Ryan Gosling.

Sure, Ryan Gosling brought everyone to tears with his speech about his "lady," Eva Mendes...

...but that didn't stop Twitter from wishing Gosling and Emma Stone would just get married already.

Like, believe me, I get it. It was hard to watch the Golden Globes and not wish Stone and Gosling would end the evening by getting married.

Just watch these two react to that hilarious kiss between Andrew Garfield and Ryan Reynolds.

But seriously, by the looks of it, Twitter really, really wants Ryan Gosling and Emma Stone to be a couple.

I mean, it's not hard to see why so many people think/want/need Emma Stone and Ryan Gosling to be together in real life, but it's one of those things that will just never happen.

Ryan Gosling appears madly in love with Eva Mendes, and they have two daughters together.

Sorry, everyone, but I'd say there's a zero percent chance Ryan Gosling and Emma Stone become a thing.