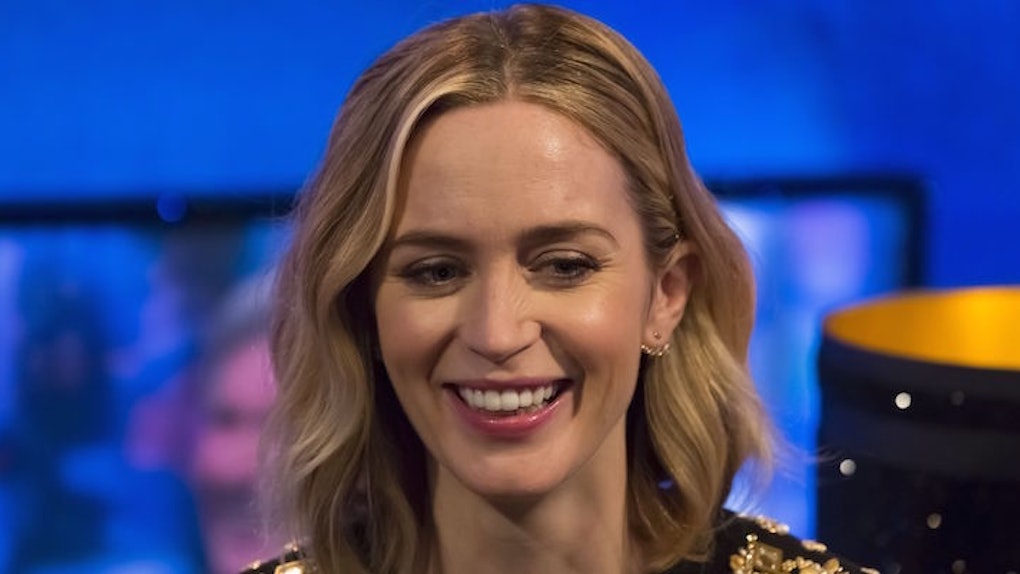 Where my moms at?!?! Emily Blunt has never been a more relatable momma.

In my head, there is no person in Hollywood more elegant than Emily Blunt. This is going to sound super weird, but she really seems to be the epitome of royalty and cleanliness and other things I'd associate with the crown jewels.

She's also a human with a body and, let's be real, bodies are disgusting. They do weird things and create weird liquids and farts and stuff.

So, as elegant as she may seem, always remember Emily Blunt's body does some odd stuff, just like yours.

During a recent interview with InStyle, Blunt talked about having her second baby with husband John Krasinski and, without giving too much away, it involves the concept of exploding boobs.

After we got home from the hospital, I didn't shower for a week, and John [Krasinski] and I were like, 'Let's go out for dinner.' I could last only about an hour because my boobs were exploding. When the milk first comes in, it's like a tsunami. But we went, just to prove to ourselves that we could feel normal for a second.

ALL FEAR EMILY BLUNT AND HER TSUNAMI BOOBS!

Blunt also spoke about how having a second baby has made her life a bit more logistically difficult, saying

It's a zoo! When there was just one kid, somebody would get to sit down. Now nobody gets a break. But John is the most unbelievable daddy. He prioritizes Hazel so she doesn't miss me too much because I've been so consumed with the baby.

If you're hoping for some baby pics to be uploaded online anytime soon, you're out of luck. Blunt has made it very clear she wants to keep part of her life private, telling InStyle,

You've got to draw the line somewhere. My job is to persuade people that I'm somebody else and allow them to go on that journey with me. If you share too much about yourself, people's interest becomes about you as opposed to the roles you have played.