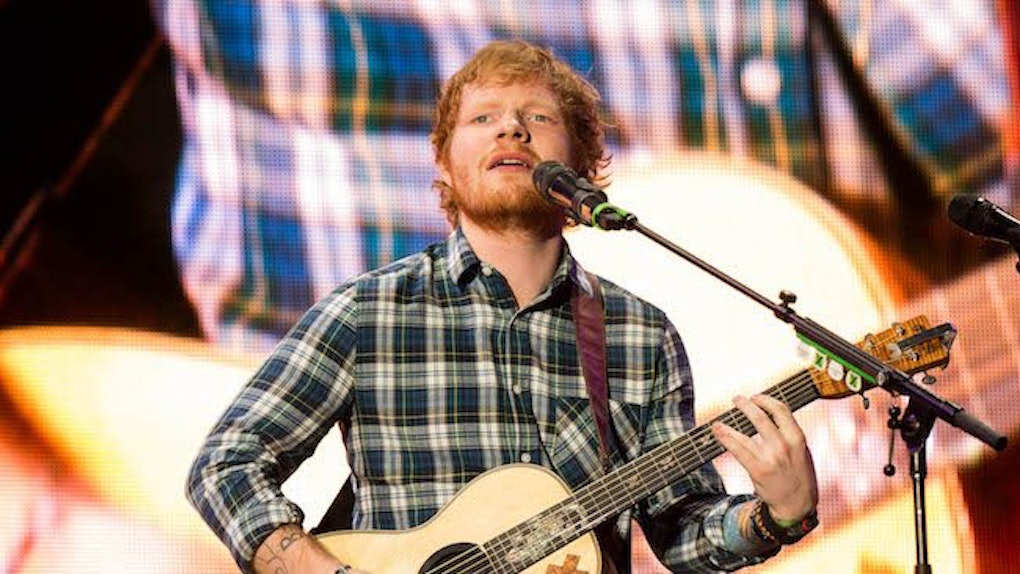 Were you waiting with bated breath for Ed Sheeran's MTV Video Music Awards performance? Well, our favorite redheaded crooner (and one-time Lannister army soldier) didn't disappoint! If you were loving it during Ed Sheeran's VMAs performance, which included a mashup with Lil Uzi Vert, you weren't alone. Pretty much everyone was loving the perfection.

The performance started out pretty classically, with Sheeran doing his hit "Shape Of You" — which we still all have stuck in our heads, so not complaining at all. But then, as the song continued, WOULDN'T YOU KNOW IT, out comes Lil Uzi Vert, adding his song, "XO TOUR Llif3" to the mix. The two shared the stage for a couple of minutes, and it was awesome.

As Lil Uzi ran around the front of the stage, slamming down lyrics, Sheeran hung out at the back of the stage with his guitar, handing off the limelight for a moment. The songs worked, actually, super well — though considering how much fun each one is individually, is it really such a surprise that they work well together?

Sheeran's apparently a Lil Uzi fan. Earlier on the day of the VMAs, Aug. 27, he shared the art for Lil Uzi Vert's upcoming album, Luv Is Rage 2  on his Instagram. The image was presented without comment, but pretty clearly in support of Lil Uzi.

Sheeran is up for a bunch of awards at the 2017 VMAs on Aug. 27 in California. He's a contender for the prestigious Artist of the Year award, Best Pop for "Shape Of You" (the award was taken by Fifth Harmony, for "Down"), and Best Cinematography (along with cinematographer Steve Annis) for "Castle On The Hill."

Lil Uzi Vert, for his part, was up for Song Of The Summer for "XO TOUR Llif3" (which he took!) and for Best Hip Hop for "Bad And Boujee" with Migos.

But the real victory? Definitely that rad performance.

And, of course, YouTube. For how many times that video is going to be replayed.