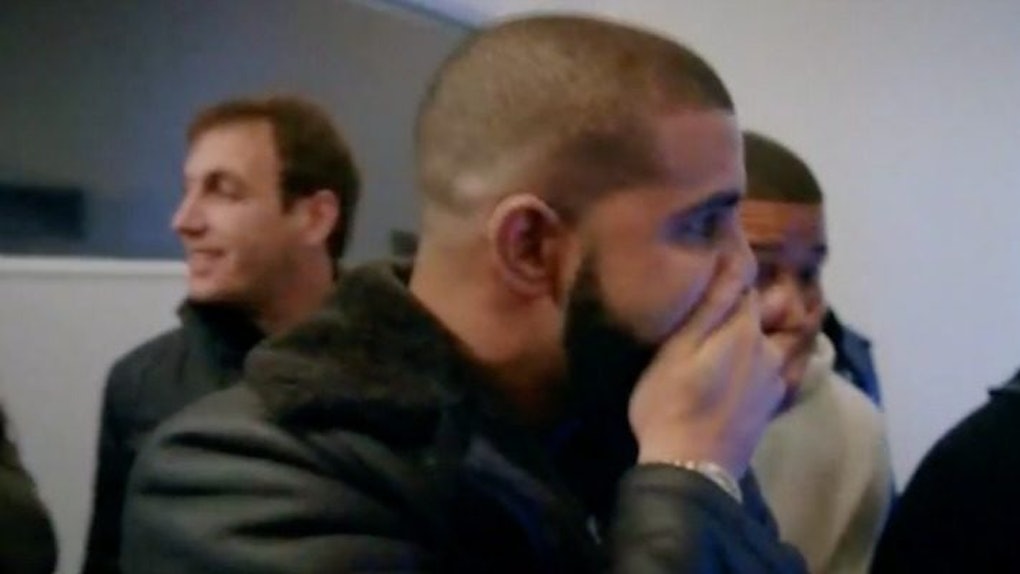 Tuesday night, master magician and all around weird dude David Blaine premiered his new television special, "David Blaine: Beyond Magic," and it was beyond trippy.

The special featured quite a few celebs, but one scene in particular has everyone talking this morning. In the scene, David Blaine asks Dave Chappelle to draw a small creature that could fit in the palm of Drake's hand.

Chappelle, being the comedian he is, immediately made a Meek Mill joke, which sent Drake, Steph Curry and everyone else in attendance into a state of delirium. But back to the insane magic trick.

As you can see in the video below, David Blaine acknowledges Dave Chappelle drew a frog, and what happens after that, well, you really have to see for yourself.

Yup, that lunatic David Blaine somehow managed to literally cough up a live frog and spit it right into a champagne flute. How did he do that?

You can see Drake is beyond freaked out by David Blaine's witchcraft -- I mean magic -- and Steph Curry appears to be in shock, too.

It gets wilder, though.

If you keep watching the above video, you'll see David Blaine spit out a second frog into another champagne flute, and that's when everyone in the room really starts losing their shit.

Dave Chappelle is beyond horrified by the frog swimming in the glass in front of him, and I think I would be, too.

You can see Blaine ask everyone to check his mouth to confirm it's empty, which they do, just before he spits up that third frog.

I'm at a loss for words. I'm not even going to bother thinking about how David Blaine threw up those frogs because I'll never find the answer.