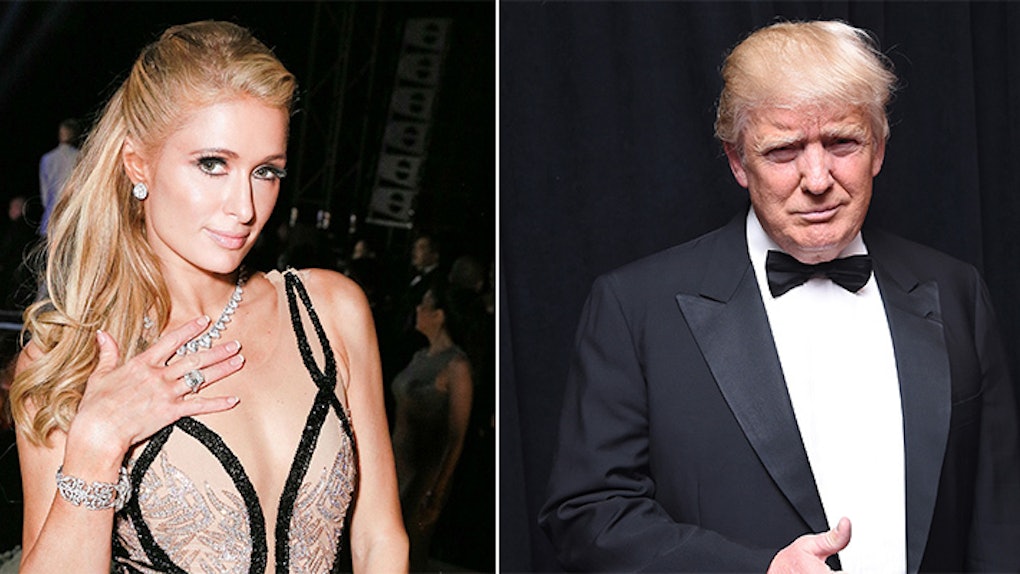 Are you ready to throw up your lunch?

A disgusting video of an old Howard Stern interview with Donald Trump has resurfaced.

In the minute-and-a-half clip, you can hear Trump evaluating the attractiveness of women (WHAT A SURPRISE!) and leading a talk on who's hot and who's not.

Wow, what a mature and sophisticated discussion for two grown men. I'm already getting nauseated.

But wait, don't vomit yet! It gets worse. Shortly into the video, Trump brought up Paris Hilton, who was good friends with his daughter Ivanka.

He started his gross-ass statement by saying,

Now, somebody who a lot of people don't give credit, to but in actuality is really beautiful, is Paris Hilton.

Aw, how sweet. Somebody stab me in the eyeballs. Trump took things to the next level when he added,

I've known Paris Hilton from the time she's 12, her parents are friends of mine, and the first time I saw her she walked into the room and I said, 'Who the hell is that?'

Yup, there are now chunks of digested pizza all over my laptop.

Did you wanna bang her?

WE ARE TALKING ABOUT PARIS HILTON WHEN SHE WAS 12 YEARS OLD. LET THAT SINK IN FOR A SECOND.

Trump continued creeping on the little girl and responded,

Well, at 12, I wasn't interested. I've never been into that... but she was beautiful.

After sharing his unwanted opinion with the world, Trump had the nerve to say Paris Hilton is "dumb like a fox."

He also admitted to watching her sex tape. Perfect!

If you're even slightly surprised by this, please don't be.

It's just another example of bigotry Hillary Clinton can add to her compilation of footage depicting Trump's sexist, misogynistic commentary toward women over the years.

Is this the president we want for our daughters? Our 12-year-old children?? Please, please, just think about that.