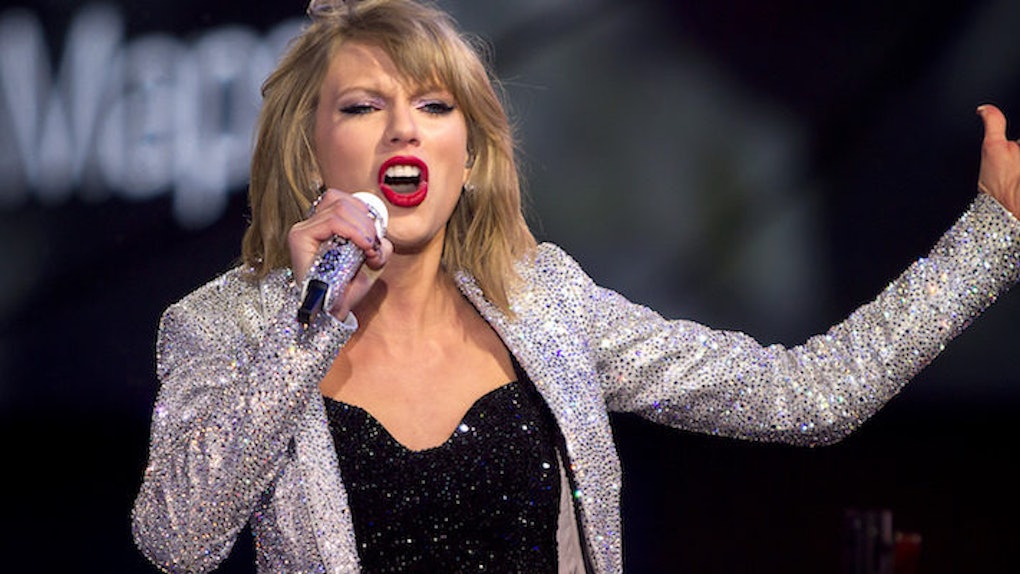 The DJ accused of "grabbing" Taylor Swift's ass finally told his side of the story, and Swifties aren't going to be thrilled.

In a radio interview Tuesday on Detroit's "Mojo in the Morning," DJ David Mueller denied all claims he touched Swift's bare bottom at a meet-and-greet in 2013, TMZ reports.

The on-air radio hosts began the interview by bringing up the "touchy subject" caused by the controversial picture of Mueller's hand behind Taylor's backside. One of the hosts asked,

Where are your hands, as this photo is being taken? Where is your right hand, where is your left hand?

Just when we thought Taylor would get her justice, Mueller responded in a defensive manner with a tremble in his voice.

I'm looking at the photographer and I tried to get my right hand, you know, behind Taylor, because [Mueller's girlfriend] Shannon [Melcher] was on the other side… My other hand was, I think, was just on my belt or on my pocket.

I've got my hand closed and my palm down and I reach behind, toward Taylor… Our hands touched and our arms crossed. That's all I remember.

Keep in mind, Mueller filed a lawsuit against Swift in September claiming all allegations against him were false.

Apparently, he lost his job due to the suspected harassment, so it's obvious he has some bad blood toward the singer.

In response to his argument, the radio host brought up the photo that caused suspicion about the DJ's alleged sexual assault.

One of the radio hosts asked,

The photo itself does look like your hand is behind her butt... Is your hand touching her body back there?

At this point, the interview was getting down to the nitty gritty in details, but Mueller still wasn't budging. He responded,

Sooo... does that mean he did touch her butt? Even by accident?

Whether the DJ is guilty or not, he reminded the audience he never had his day in court so he never got the chance to defend the claims.

He also stated he's "never been inappropriate with any women."

However, Taylor Swift already filed a countersuit against Mueller in October, and if she wins the suit, multiple sexual assault victims will have their justice.