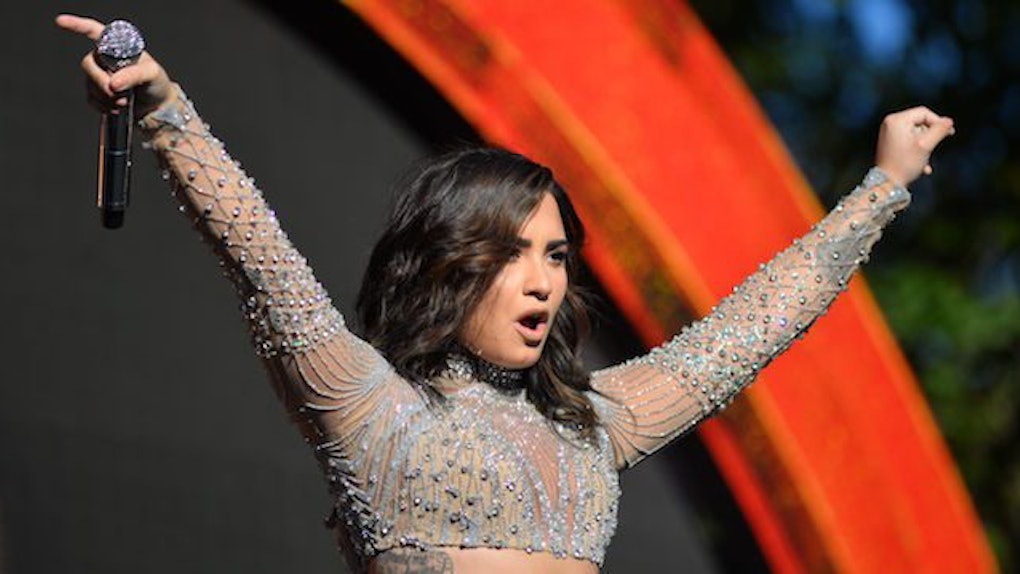 Demi Lovato's Morning Routine Will Put Yours To Shame

Personally, I have a pretty strict morning routine. I set my alarm for 10AM, every day, and then I hit snooze until like noon-ish.

Then I roll out of bed, put on my clothes and (like the famous Dolly Parton) go back to my own house.

Somewhere along the way I drink enough coffee to make me shake and then I don't eat breakfast until I feel dizzy.

Honestly, who let me become an adult and live on my own? I'm a mess. But maybe I can take a few notes from our girl Demi Lovato.

Demi Lovato reveals to The Cut her secrets to a successful morning.

I normally wake up around 8 a.m. I have a cup of coffee, and then I go to the gym. I like to do two workouts.

Eight in the morning sounds like a fake time to me, but OK...

The first one will be boxing for an hour or maybe kickboxing or jiu jitsu, and then I'll strengthen and condition by lifting weights for an hour. I just started boxing like a year ago, and I feel stronger and a bit leaner. Because I work out first thing in the morning, I'll have a post-workout meal, and that is a bowl of berries, some nuts, bananas, and kefir.

I normally stick to zero but SURE.

Don't even get me started on your berry breakfast. What are you? A beautiful woodland elf?

And what the HECK is "kefir?"

Lovato also spoke openly about her mental health, as well as her new documentary, which she is the executive producer of, "Be Vocal: Speak Up for Mental Health."

Six years ago, Lovato discovered that she was bipolar. She said about her work on her documentary,

Mental health is something that people don't talk about. I think there is a lot of stigma around it because of the unknown. People don't know about it, so they are afraid to talk about it. Something that I'm hoping to change by making this documentary is creating conversation and hopefully spreading the awareness of mental health, and that it is just as important as physical health.

You can find more information on mental health and helping others who struggle with a mental-health condition at BeVocalSpeakUp.com.