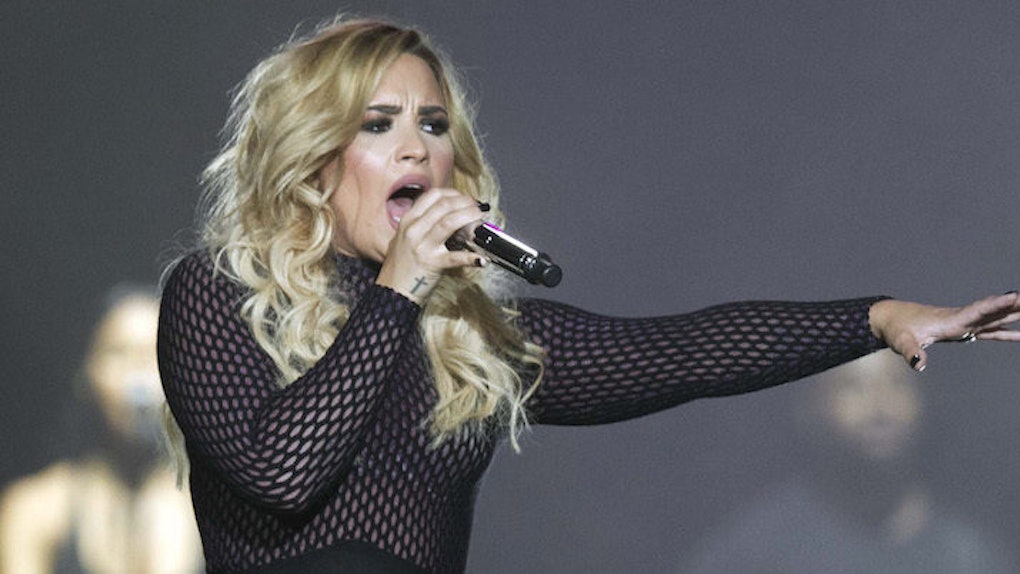 Demi Lovato Made A Vulgar Joke About The Election

Demi Lovato is in hot water for making an insensitive and disturbing joke on the day of the election.

Tuesday afternoon, the "Confident" singer posted a tweet echoing the disgusting quote Donald Trump made about women while on a bus with Billy Bush of "Access Hollywood" in 2005.

In the footage captured, Donald Trump was recorded discussing his efforts to pursue an unnamed married woman. He told Billy Bush,

I moved on her and I failed. I'll admit it. I did try and fuck her. She was married. I moved on her like a bitch, but I couldn't get there. And she was married. Then all of a sudden I see her, she's now got the big phony tits and everything. She's totally changed her look.

The reality star (#NotMyPresident) continued to speak about how his fame allows him to grope women without their consent. He explained,

Excuse me while I vomit.

Since the tape was leaked, any human with decency has been revolted by Donald's comments and misogyny toward women. Demi Lovato, however, decided to use his remarks as a way to propel America forward!

At 2:20 pm, Demi tweeted, "Sometimes you just have to agree to disagree and grab some pussy."

Clearly, the joke didn't go over well because she was immediately swarmed with backlash and deleted the tweet. A couple hours later, Demi followed up with an apology.

Demi's fans flooded her second message with words of support for the singer. They defended her Trump joke and blamed the people offended for taking it too seriously.

Mind you, this also happened BEFORE the results of last night's election came in. You know, when the idea of Donald Trump becoming president was still a joke.

Demi Lovato spent the remainder of her night supporting Hillary Clinton and urging people to vote.

Unfortunately, her efforts -- and the efforts of the American people -- were not enough to put the first female president into office.