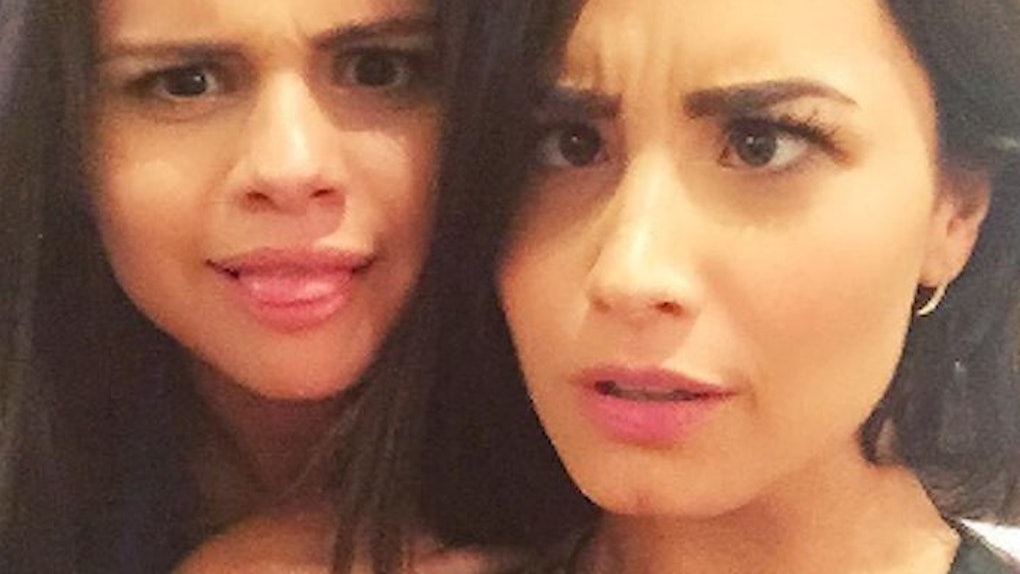 Speculate wildly about the ups and downs of Selena Gomez and Demi Lovato's friendship if you'd like — I can't stop you and, more importantly, I won't stop you — but Demi is stepping up in a major way for her former “Barney & Friends” co-star.

Selena, who spent the summer traveling for her Revival World Tour, recently announced she'd be taking some time off to tend to her personal well-being.

As many of you know, around a year ago I revealed that I have lupus, an illness that can affect people in different ways. I've discovered that anxiety, panic attacks and depression can be side effects of lupus, which can present their own challenges. I want to be proactive and focus on maintaining my health and happiness and have decided that the best way forward is to take some time off.

The Global Citizen Festival combines music and activism in a way that inspires and affects millions around the world. I am proud to support this amazing organization's ongoing efforts to improve global healthcare and to end extreme poverty.

The festival is thrilled to have Demi on the roster, as well.

Demi has been an incredible ambassador for global health and gender equality campaigns for many years. We are so thrilled to align her artistry and advocacy and have her join us as a headliner...

As Selena recuperates, she can watch along at home on MSNBC, MSNBC.com or YouTube beginning at 3 pm EST the day of the festival.