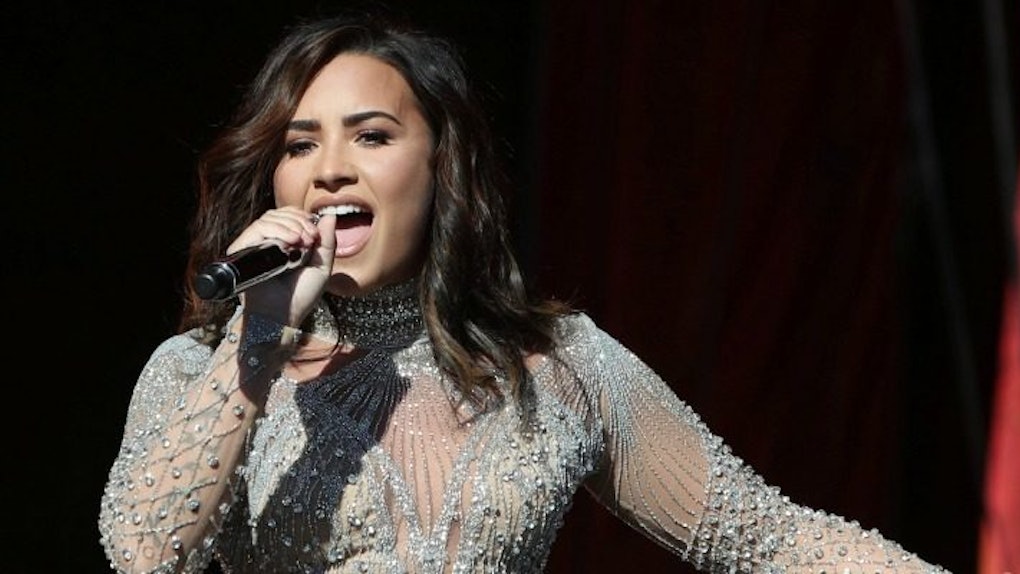 Demi Lovato Opens Up About Living With Bipolar Disorder

Singer Demi Lovato was diagnosed with bipolar disorder in 2011.

Since then, the 24-year-old Albuquerque, New Mexico native has been an outspoken advocate for those coping with with various forms of mental illness.

Lovato has struggled with addition, eating disorders and cutting, and she's been vocal about those periods in her life.

Demi Lovato's message is quite clear: Staying silent about mental illness helps no one.

If you know someone or if you're dealing with it yourself, just know that it is possible to live well.

The 24-year-old said when it comes to coping with bipolar disorder and mental illness, each day is a "work in progress" for her.

Lovato also opened up about how crucial it is to have a caring support system of friends and family. She said,

They're there for me at any moment of the day and will be there to support me throughout my recovery. That relationship is ongoing — it's not something where you see a therapist once or you see your psychiatrist once, it's something you maintain to make sure that you want to live with mental illness. You have to take care of yourself.

Lovato spoke about how distraction became a major tool for her in times when she felt somewhat destructive.

In her initiative to empower others to speak up, Demi Lovato reportedly joined forces with five mental health organizations in May of 2015.

Whether it be speaking about mental health issues with family and friends or mental health professionals, communication appears to be the real key.

Speaking on the partnership, Lovato said,

This partnership means a lot to my fans because so many of my fans are dealing with mental illness, whether it's depression or bipolar disorder or even schizophrenia. I have fans that deal with all sorts of mental illnesses so this is very important to them.

This coming March, Lovato will reportedly be five years free of addiction, but she's determined to take it slow. She said,

Every day is a work in progress, so hopefully I make it to 2017 with my sobriety. I take it one day at a time and for today I'm doing great.