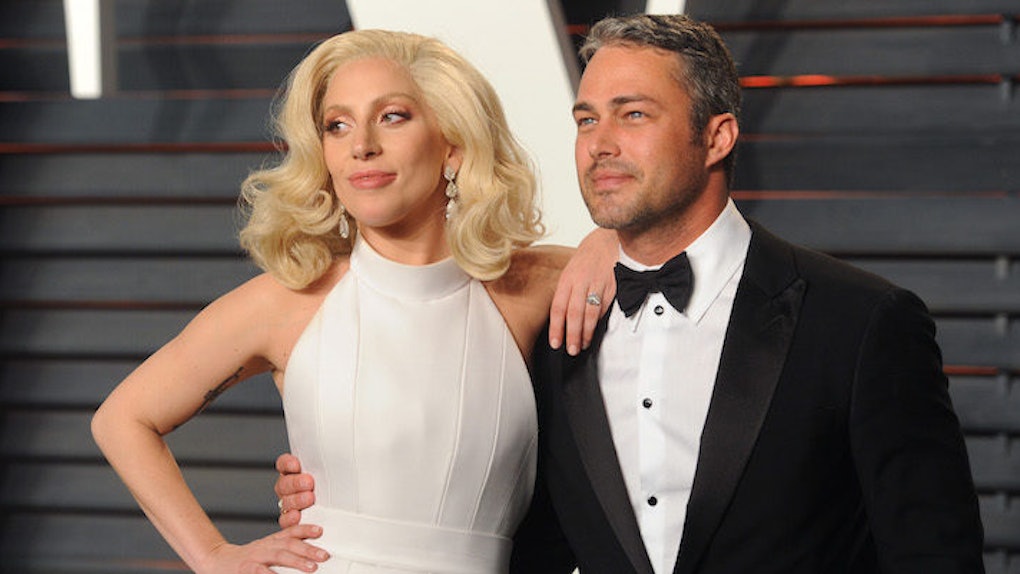 Lady Gaga And Taylor Kinney May Be Back Together

For the first time in 108 years, Lady Gaga and Taylor Kinney are getting back together.

Baseball is arguably the most romantic sport out there.

I know this because my friend got an HJ at Citi Field once and he told me after, “Yo, baseball is sooo romantic and stuff.”

Sure, they broke up two weeks later because they were a toxic couple, but they'll always have that time during the fifth inning several yards away from the Jackie Robinson Rotunda where the majesty of the game brought them together.

If a mid-season Mets game is enough to inspire a quick heejer, the Cubs winning the World Series on Wednesday night is enough to move mountains and bring back love from the dead.

E! reports the music icon spent the weekend in Chicago where she took in a Cubs game. Chicago is where Gaga's ex-fiancé, Taylor Kinney, happens to be filming his show, "Chicago Fire."

This led the internet to speculate on whether or not this trip involved a potential rendezvous between the ex-lovers.

Them getting back together wouldn't be the craziest scenario for a few reasons.

If there was ever a time and place to get back into the sack, it's right now in Wrigleyville.

Secondly, it's been a weird breakup for the two of them. Lady Gaga refuses to even call him her ex.

After Taylor reportedly swooped up a new girl, Lady Gaga was on "The Howard Stern Show" and said,

I don't like to use labels like that — 'ex' or 'together'... I hate to sound like a hippie, but I kind of am one… We love each other. That's it... There's a lot on this record inspired by our relationship, and he's super supportive of me expressing myself artistically… He's been my lover and my friend for a really long time. He's been so supportive of the album, and I support him on his show.

Citations: Are Lady Gaga & Taylor Kinney Back Together? Watch to Find Out the Relationship Details! (E! News)