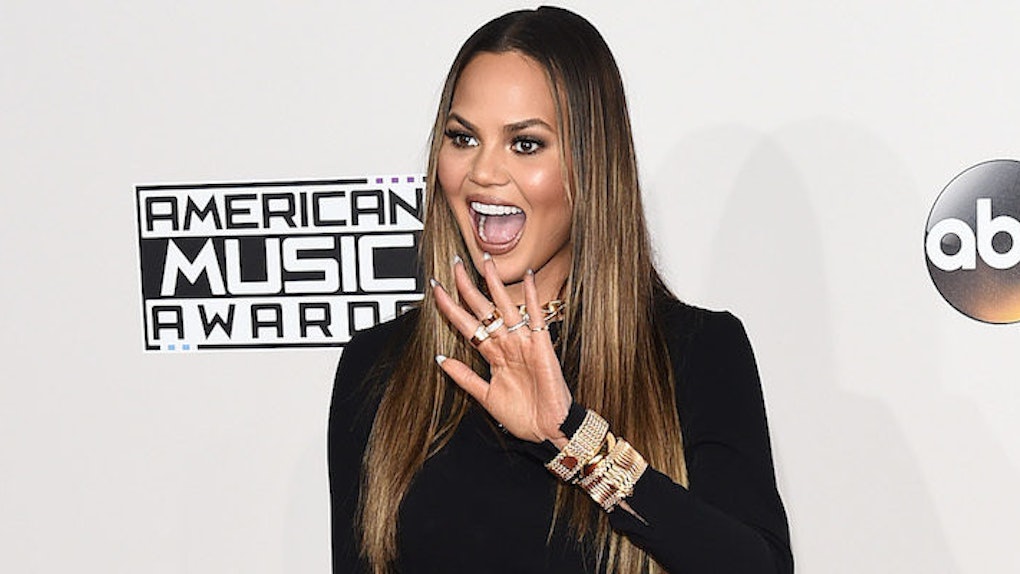 Good evening, have you accepted Chrissy Teigen as your personal Twitter queen and savior yet?

If you have not, today is the perfect day to get converted, 1) because today is said queen's 31st birthday and 2) because her Twitter is FINALLY PUBLIC AGAIN, HALLELUJAH!

She did so, as she explained in a tweet, not because of trolls, but because she needed a break from the hate.

But now, it seems, she's had long enough of a break, because the queen is back, baby.

According to some eagle-eyed fans, it looks like Chrissy made her account open again early last week, though folks are only slowly starting to realize it.

And just in time for her birthday, too.

Now, if you know anything about Chrissy Teigen on Twitter, you'll know her M.O. is shutting down haters left and right. And since her triumphant return, nothing's really changed.

So, in honor of Chrissy's special day, and because she has blessed the world with her tweets once again, here are some particularly epic troll shutdowns.

Therefore all of these examples are very recent and there are probably many more, even better Chrissy clap backs that you can tell me about in the comments.

2. When she sincerely apologized to Sean for not dressing the way he wanted her to dress.

3. When she made up a new insult based on her troll's name. (Sorry, Kathys, I'm sure you're lovely.)

4. When she slammed another troll for HER name. (Sorry, A-livias.)

5. When she told a hater to be an "America's Got Talent" judge and then hit 'em with the "SIKE!"

6. When she kindly reminded a stranger that no, babies do not read her tweets.

7. When she had told so many people to fuck off she couldn't even remember how anymore.

8. And when she shut down the biggest Twitter troll of all time.

(Unless like, you need to, you know, please take care of yourself. OK, bye.)

Citations: Chrissy Teigen's Twitter Is Public Again & Thankfully, She's Back To Telling It Like It Is (Bustle)