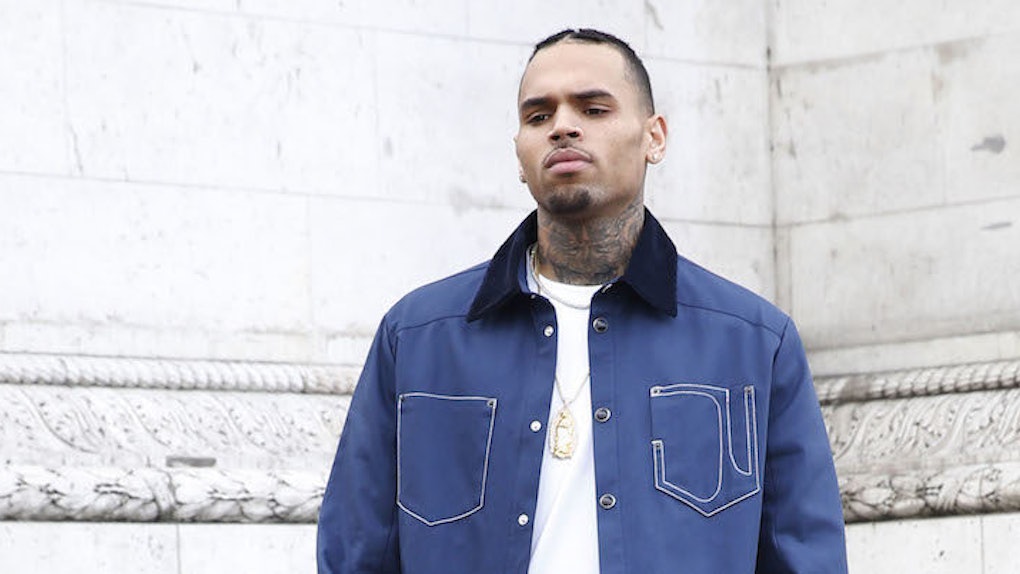 Chris Brown just cannot stay out of trouble with the law. Although, whatever lawyer he has on retainer is probably loaded.

We reported earlier how the singer is currently being investigated as a suspect in a criminal assault case, after he allegedly pulled out a gun on a woman.

Apparently, the whole altercation started over jewelry. I mean, I love bling as much as the jewel thief from "The Great Muppet Caper," but come on.

In an interview with "TMZ Live," the victim in question Baylee Curran claims she's hung out with Chris Brown in the past, but this time he seemed out of it. She even suggested he was drunk or on drugs.

According to Baylee, she had been hanging out with a friend of hers, hot-tubbing like you do, when she went inside to admire a piece of jewelry on display by one of the people in Chris' group.

Well, that guy apparently lost his shit, which made Chris lose his shit (funny how that chain reaction always happens) and allegedly take out a gun, telling her to "get the fuck out."

Whoa, what gives? Can you imagine if they treated people like this at art museums?

"Hey, you like that Picasso? Well, GET THE FUCK OUT OR I WILL TAZE YOU!"

Not only that, but as she was trying to leave, Baylee stated that Chris' team tried to make her sign a non-disclosure agreement by saying she couldn't have her cell phone back unless she dotted the i's and crossed the t's.

"Hey, you know how Breezy just whipped out his piece on you? We're so sorry 'bout that so... let's never talk about this ever again, K?"

Well, Baylee refused to sign and now, police are searching his home in Tarzana, California.