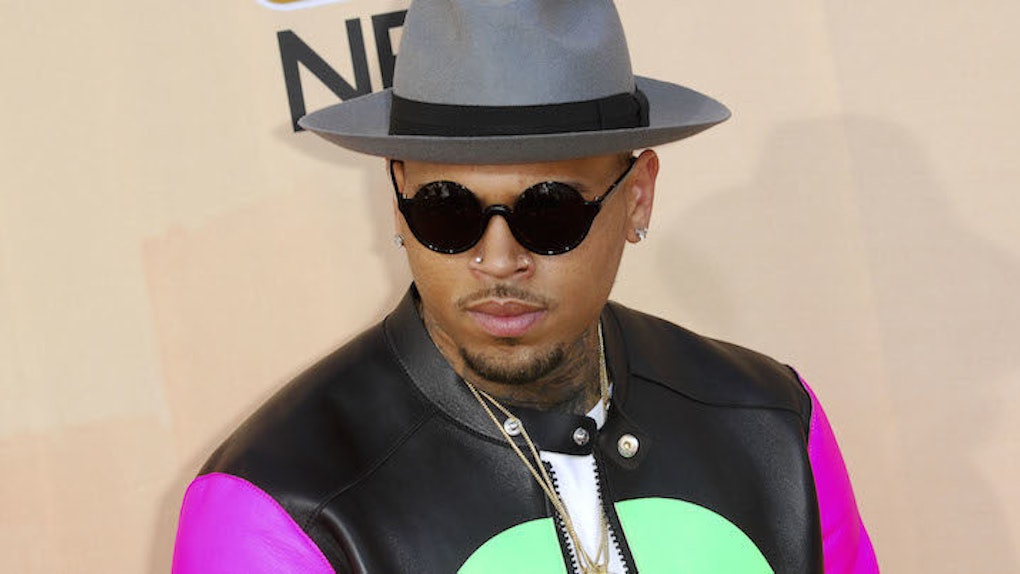 Chris Brown Allegedly Threatened A Woman With A Gun

Chris Brown is currently being investigated as a suspect in a criminal assault case, TMZ reports.

TMZ's source said Brown was in a Los Angeles home with Ray J and friends Tuesday morning when "uninvited guests" including one man and two women decided to show up.

The two women were reportedly asked to leave. One of the women called 911 and filed a report claiming Brown threatened her with a gun.

A conflicting statement from someone in the house at the time, however, says Brown was asleep the entire time.

Police arrived at the home and handcuffed Ray J while he was in the driveway. After looking at his ID, they let him go and he took an Uber home so they could take his BMW as evidence.

Brown has a history of criminal charges against him, starting with his conviction for assaulting Rihanna in 2009. Most recently, Brown was accused of stomping on a man's head while at the Cannes Film Festival.

He denied all allegations in an aggressive Instagram rant, throwing the middle finger up at TMZ for their reports.

In terms of Brown's current status, officials say the LAPD is seeking a search warrant for the Tarzana home so they can look for the weapon he allegedly pointed at the woman.

TMZ says no one at the house was responding to knocks on the door from police, but Brown is believed to still be inside.

Chris Brown has also been recording videos while inside the home, sending messages to the police.

TMZ reports Chris Brown threw a duffel bag out the window while shouting, "Come and get me!" to police outside.  Law enforcers have retrieved one gun along with other weapons and drugs inside the bag.

This story will be updated with further details as it develops.