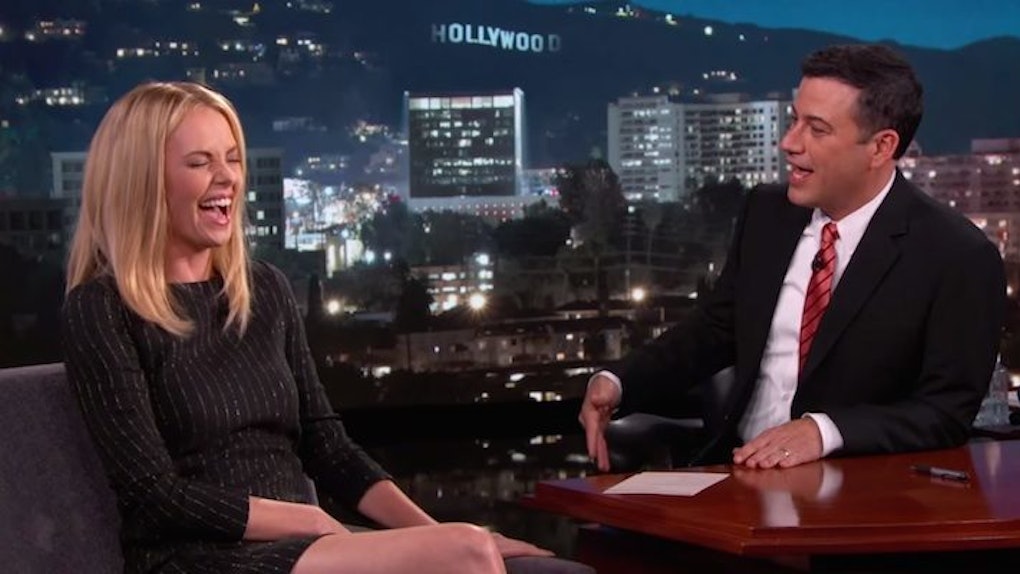 Sometimes, knowing how to act in a high-pressure situation can be really difficult.

Just ask Charlize Theron, who asked the president to go to a strip club the first time she met him.

The previous time the actress appeared on Jimmy Kimmel's show, President Barack Obama was also there, and she had the pleasure of meeting him.

In fact, he went out of his way to greet her, but her nervousness caused what she described as “verbal diarrhea.”

The two discussed how appearing on the show allowed President Obama to reach a whole new demographic, and Theron, not knowing what to say, told the president,

Well, if you’re looking for a different demographic I can take you to a strip club.

I can only imagine how many men have dreamed of going to a strip club with Charlize Theron; however, the president kept it classy with a reaction that was “nothing but lovely.”