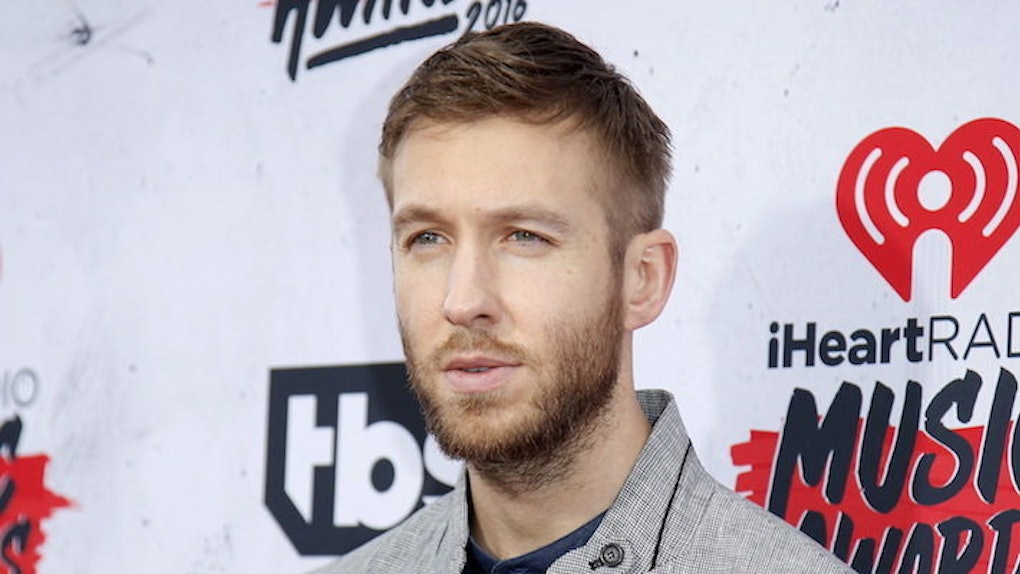 Calvin Harris dropped a new song on Thursday called "My Way," and it's hard to listen to it and not think how it might be about Taylor Swift.

This is his first song released after the break up and the lyrics aren't exactly subtle. The Scottish DJ sings,

Why wait to say, at least I did it my way? Lie awake two faced, but in my heart I understand... I made my move and it was all about you. I feel so far removed. You are the one thing in my way.

Taylor, did you get in Calvin's way or something?

The song is actually pretty catchy, but I don't think it's as good as Calvin Harris and Rihanna's "This Is What You Came For," which Taylor helped Calvin write.

She even did some of the vocals on the mega-hit and took the credit she deserved shortly after their break up.

When talking about it in an interview with iHeartRadio, the 32-year-old DJ said the song definitely comes from an emotional place. He explains,

[The] song's kind of about breaking out of a situation that you thought was a good thing. Then you're way more comfortable out of it. And it could be anything. It could be a job or it could be a relationship... I kind of had the idea for the concept for a few years, but I didn't know how to work out how it sounded.

I'm sure we can all relate to that, actually.

And even though he says the concept has been on the backburner for a few years, we can't ignore how perfectly timed this track is. He's gotten pretty emotional since his breakup with the "Blank Space" singer.

Could his relationship with Taylor have been the seemingly good situation that Calvin needed to break out of?

I guess we'll never know for sure. We'll have to see how T-Swift reacts.

She hasn't been shy with throwing shade lately. At NYFW, Taylor sang along with "This Is What You Came For" loud and proud, posting a clip of it on Instagram. She was obviously tired of hiding the fact that she worked on the hit.

What do you think? Is Calvin's song about Taylor? Or is it just a song?