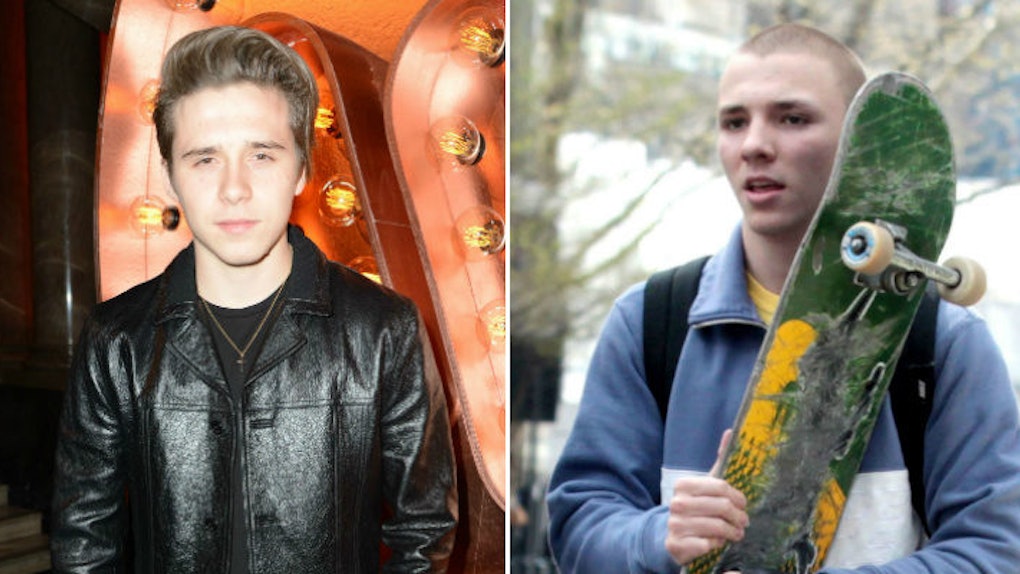 Well, well, well. It looks like Brooklyn isn't just a tramp stamp on his father David Beckham's lower back...

Madonna's son Rocco Ritchie, 16, was recently arrested for possession of cannabis, but it doesn't look like his girlfriend Kim Turnbull is super torn up about that.

Brooklyn, 17, was spotted with the model having a very friendly lunch together outside a London cafe.

This was just hours after her beau was arrested and bailed for a drug bust in September.

And it looked like there was a lot of very friendly touching and giggling happening. Her hand was seen on Brooklyn's leg, while he reached over and touched her arm while she laughed.

Brooklyn is a close friend to both Kim and Rocco and is often photographed with the couple -- so this could easily just be some friends hanging out and laughing.

If I had a nickel for every time someone thought I was flirting with one of my guy friends, I would have zero dollars because I have no friends.

Neighbors called the police on Rocco Ritchie after he was seen "smoking or doing drugs" near his home in North London. He apparently was seen throwing something away as the police approached him.

The officers noticed traces of cannabis on his clothing and after a search, found a small amount of the drug. He was arrested on September 28.

A spokesman for the police said,

A 16-year-old youth has been arrested for possession of cannabis. The arrest follows a stop and search by officers from Camden borough at around 5.15pm on Wednesday, September 28 at Steeles Mews North. The youth was taken to a north London police station. He was subsequently bailed and dealt with by Camden borough's Youth Offending Team.

His mom Madonna was probably like "Eh, could've been worse than pot," when she bailed him out.