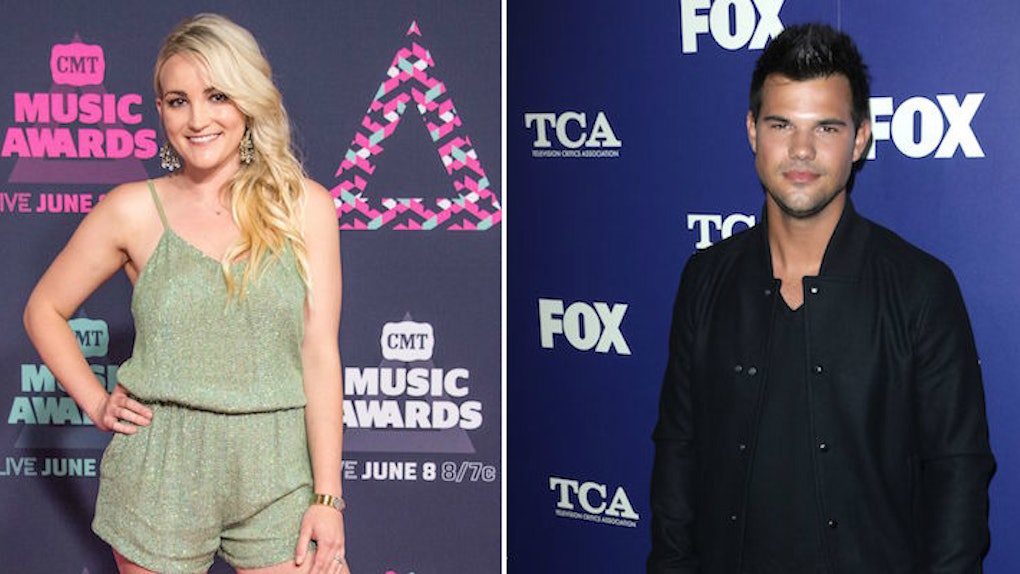 Jamie Lynn Spears and Taylor Lautner were almost a thing thanks to matchmaker Britney Spears.

I KNOW! For starters, take a moment to get over the biggest #TBT moment you're probably going to have this month. Taylor Lautner was mega-famous in the mid-to-late-'00s thanks to his iron abs and looking like everyone's second cousin. Jamie Lynn Spears was also surging in the mid-'00s with “Zoey 101” and her sister's career.

Of course, Taylor Lautner getting typecasted as every hot dude ever and Jamie Lynn becoming a teen mom sort of put a cap on both their careers. But please imagine an alternate reality where they not only became major stars but also somehow end up together.

One of these things almost happened according to a confession from Lautner's "Scream Queens" co-star John Stamos who told Billboard Britney Spears tried playing matchmaker with Taylor at one point.

Britney tried to fix Taylor up with her sister, Jamie Lynn.

Taylor confirmed he did, in fact, get set up with Jamie Lynn and one point by her sister. It sadly never materialized, though.

Taylor responded to the question,

We did not go out, didn't happen.

Womp womp, ohhhhh what could have been.

In case you're wondering, Jamie Lynn has been releasing new music pretty consistently over the past few years.

Back in June she released her new single "Sleepover."

Two years ago her single "How Could I Want More" made some waves and has since garnered over 8 million views on Youtube.

If you want to hear more about how her life has been since "Zoey 101" she recently stopped by Cosmo's "Happy Hour" podcast to talk about what it was like to have an unexpected pregnancy.

Not gonna lie, Jamie Lynn is doing a lot better than I assumed she would be at this point.

Citations: Britney Spears Tried to Set Taylor Lautner Up With Her Sister (Cosmopolitan)