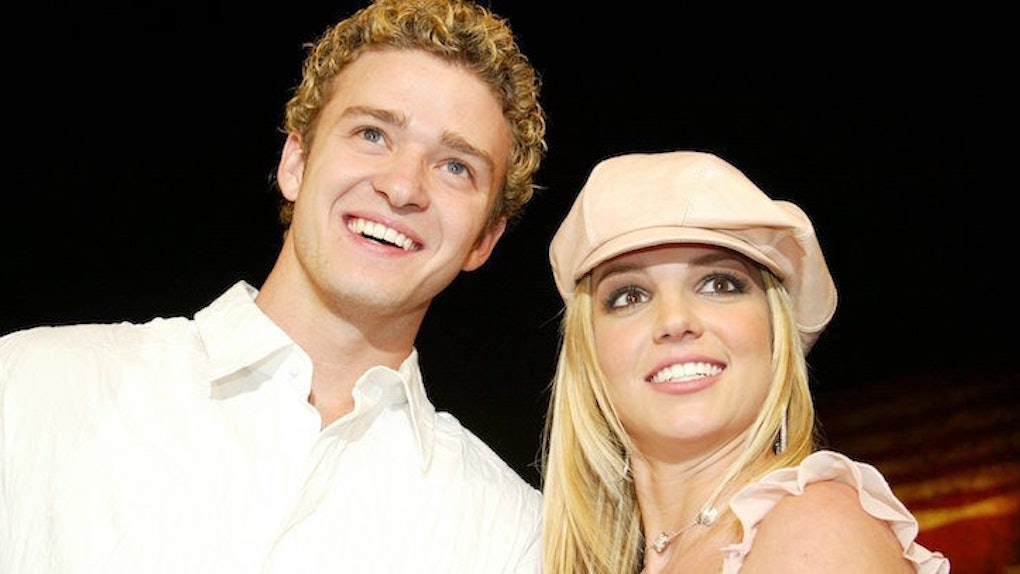 Could we be seeing a Britney Spears-Justin Timberlake reunion in the future?

The "Make Me..." singer and former Timberlake lady beau stopped by "Most Requested Live with Romeo" to answer some fans' questions, and she may have dropped a lil' nugget for all you '90s kids to get super psyched about.

When asked about an artist Britney would want to work with in the future, she responded,

I would love to work with... Aerosmith seems really good and bright. He's a genius, I think. And, he's very rock n' roll. He sings from his soul. Gwen Stefani -- I think she's great. Justin Timberlake is very good.

WHAAAAAAT?!?!? BRITNEY AND JUSTIN BACK TOGETHER?!?!

Britney and Justin have already actually worked together on a previous project.

The duo performed together at the 1999 VMAs when Britney shared the stage with *NSYNC.

I feel like I should mention them together may be not the best idea as he famously outed her virginity status on national TV... BUT LIKE ASIDE FROM THAT, IT'S ALL COOL!

Some other cool little fun facts from the fan AMA: If she had a rap name it would be "B-Jo-Easy," and she would never do another movie because she considers herself "a horrible actress.”